Getting The Best Royalty-Free Music

Best royalty-free music, why do you need it? Having a great subscription to music and sound effects is crucial for a content creator - a popular profession that doesn't come without its downsides.

Check out our top choices of music subscription sites! 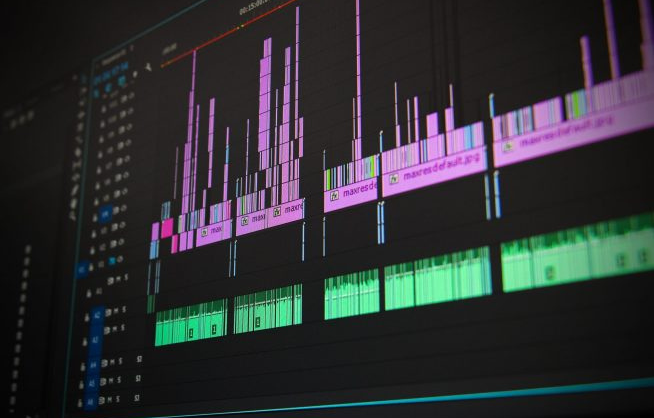 GET THE BEST DISCOUNTS 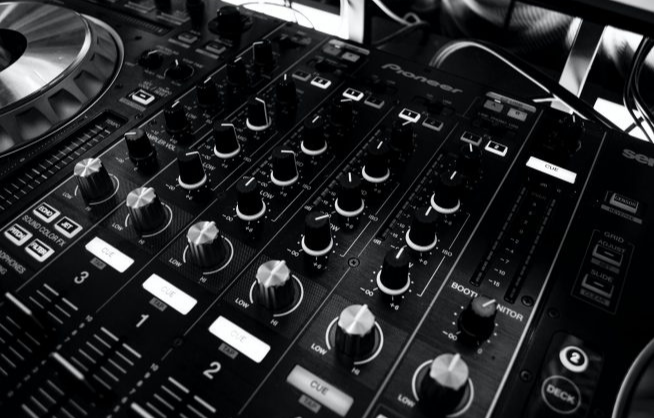 What is Royalty-Free Music?

Royalty-free music subject to copyright or other intellectual property rights may be used without the need to pay royalties or license fees for each use, per each copy or volume sold, or some time period of use or sales.

Production music (also known as stock music or library music) is recorded music that can be licensed to customers for use in film, television, radio, and other media. Oftentimes, the music is produced and owned by production music libraries.

In our article you'll find out what the best royalty-free music is.

With the proliferation of music libraries in recent years and the increase in competition, some smaller libraries have evolved the royalty-free music model. These libraries do not charge their customers for licensing the music. Instead, the customers purchase a CD or access to an electronic collection of music - priced typically between 50 and 300 dollars - whose content is licensed in perpetuity for them to synchronize as often they wish. These libraries depend mainly on performance royalties for their income (with a small amount of income from sales of physical CDs or online track downloads). Assuming that the music is broadcast, royalties are paid on the music, though it is the broadcaster who pays them via annual fees to the performing rights societies, not the producer who uses the music in their production.

Some companies offer truly royalty-free music that is not registered with any performance rights organization (also known as "royalty collection agencies"). These companies license music to their customers on a non-exclusive basis where it can be used in perpetuity without any usage reporting. The music is licensed by the customers according to an accepted license agreement, and they cannot sell it or license it to others. Because of advancing technology, it is becoming easier for independent musicians to set up their own shops through which they can license music.

An advantage to using a non-exclusive library is the possible broad exposure through multiple outlets, and the ability of the artist to retain control. Conversely, if an artist sells his/her piece to an exclusive library he/she is paid upfront for the piece but the artist typically sells the publishing rights, hence losing control of the piece and future licensing fees.

Read on and find some of the best royalty-free music subscription sites. 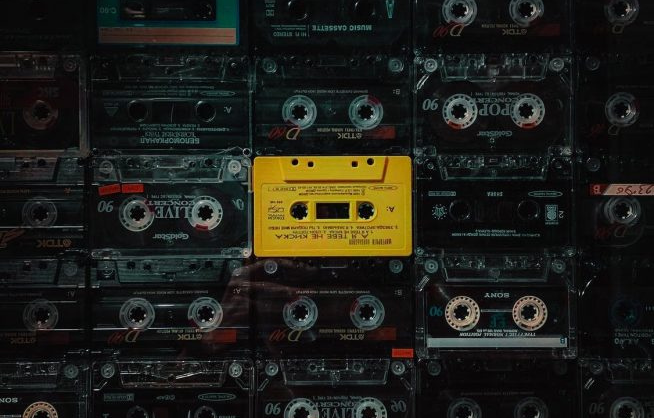 Epidemic Sound is a Swedish company offering stock music and sound effects that subscribers can use as long as they have an active subscription on every kind of project.

Read our Epidemic Sound Review by following the link below and find out why it's one of the best royalty-free music subscriptions. 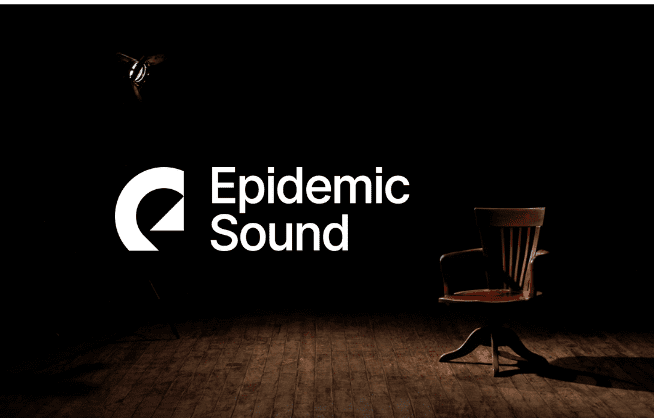 Artlist is an Israeli based company offering stock music and sound effects that subscribers can use for perpetuity on every kind of project.

Artlist's concept was to create a platform that makes the whole music licensing simple and accessible.

Read our Artlist Review by following the link below and find out why it's one of the best royalty-free music subscriptions. 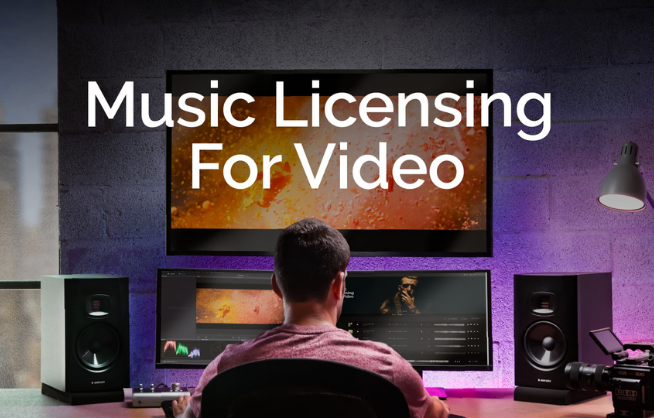 HookSounds has been used worldwide by companies like Disney, Amazon, Samsung, Google, Microsoft, and many more. HookSounds works with top-tier artists to produce some of the most exclusive tracks within the royalty-free music market. All of the tracks are created in-house, being exclusive, original, and highly curated. Any of them can be used based on single licenses, or subscriptions, and some of them even for free.

Follow the link below and get an exclusive 10% HookSounds discount code! 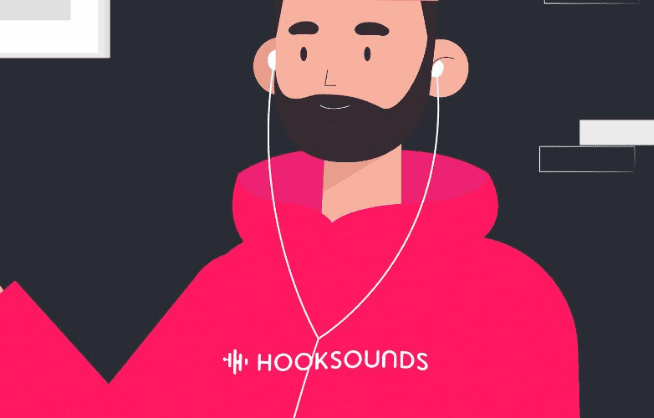 Soundstripe is an American company offering stock music, sound effects, and stock footage that subscribers can use as long as they want on their projects.

Read our Soundstripe Review by following the link below and find out why it's one of the best stock media content subscriptions. 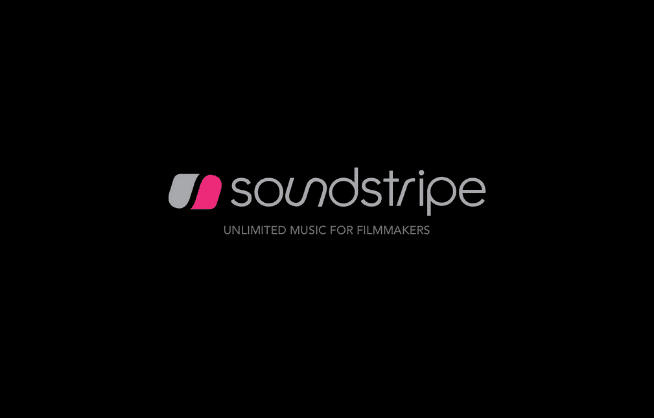 Audiio was founded by former Universal Music Group artist Clay Jones and industry friends who share a vision of bringing the world’s best storytellers closer together. The team works directly with a network of publishers, labels, and independent musicians to ensure that relevant sync-worthy talent is recruited and new music is added daily. To date, Audiio has licensed music in 80+ countries to projects ranging from nonprofit fundraisers to global television advertising campaigns. 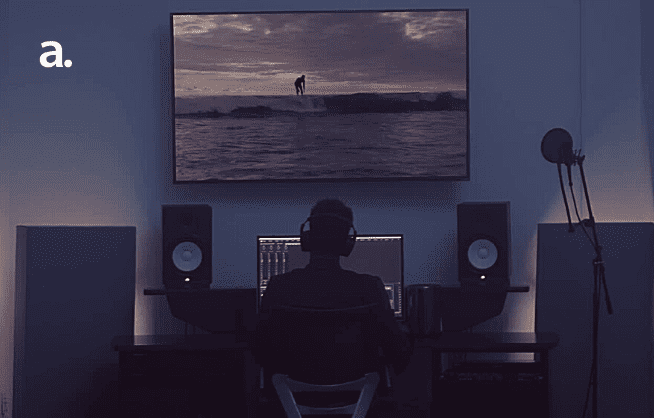 Videvo offers completely free stock video footage, motion graphics, music, and SFX for use in any project. This no-strings-attached approach has helped Videvo grow to be one of the most reputable sources for free footage anywhere on the web. Videvo is a small team based in Oxford, UK, dedicated to producing and sourcing some of the best free video footage the web has to offer. Founded by Tom Limb in 2012, Videvo continues to grow steadily, which is allowing the team to dedicate more resources to adding fresh new content, as well as making improvements to the overall user experience.

VIDEVO REVIEW
GET 15% OFF VIDEVO 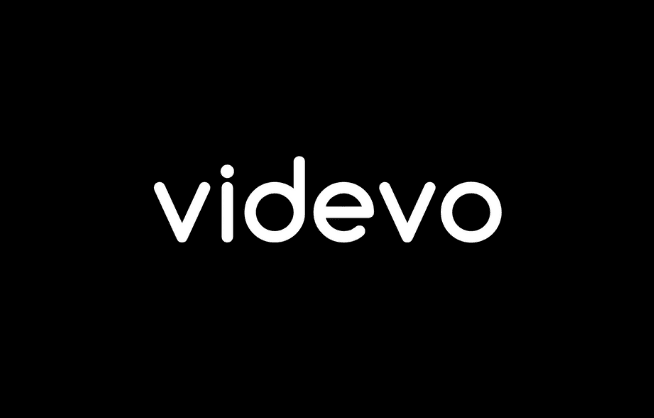 TunePocket offers one of the most affordable music licensing solutions for video creators, videographers, filmmakers, freelancers, and marketers.

Download unlimited royalty-free music and sound effects with an annual subscription or just get a couple of soundtracks for a project with a pay-as-you-go membership.

Use in any project, including commercial video, social media advertisement, film, documentary, vlog, podcast, audiobook, monetized YouTube channel, as well as paid freelance work you do for your clients.

Read our TunePocket Review by following the link below and find out why it's one of the best royalty-free music subscriptions. 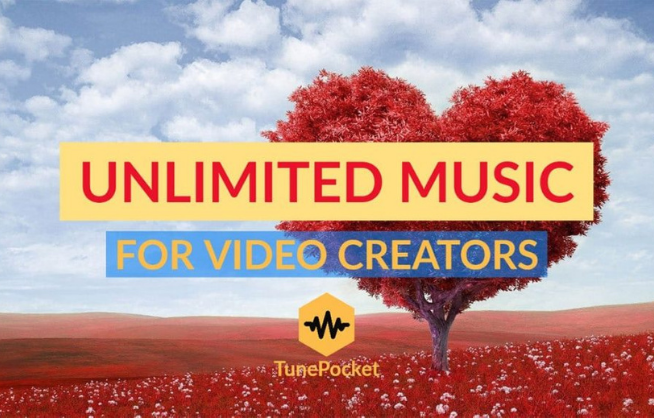