Anyone you ask will agree that they aren’t fully certain what will happen in the future. The one area with the most uncertainty is arguably the global financial markets. By now, almost everyone has experienced a stock market crash in their lifetime. These stock market crashes can be very tragic for people around the world, as they could lead to job losses, financial recessions, increased poverty, etc. The fear of what the repercussions of the next stock market crash will be has left investors scrambling in search of a storage of value to protect their funds. In this article, we will take a look at what a storage value is, why Gold is the most popular storage of value, as well as how Bitcoin compares to Gold. 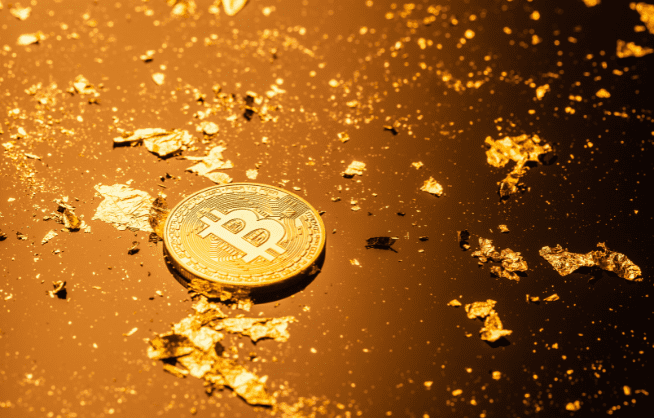 What is a Store of Value?

A store of value is an asset, commodity, or currency that is able to maintain its value over time with little to no deprecation in its value. It can be saved, retrieved, and exchanged in the future without losing its intrinsic value. To qualify as good storage of value, the item acquired should, as time passes, be worth more or at least the same.

What can be considered a good store of value can vary among countries and cultures? The local currency belonging to some of the world’s more advanced economies can be counted on as a store of value the majority of the time. Currencies that are relatively stable, like the U.S. dollar, Japanese yen, and the Swiss franc enhance their home economies greatly because of their level of resistance to inflation, although they are not immune to it.

Even though the underlying value of various stores of value will fluctuate over time, they are still reasonably reliable as they are able to retain some value in almost any market scenario. This is more the case if there is a finite supply of the item being used as a store of value.

Gold as a Store of Value

Some people question the intrinsic value of Gold, arguing that it is a barbaric relic which no longer holds the monetary qualities that it did in the past. These people argue that paper currency is the money of choice in a modern economic environment and that Gold is only valuable as a material to make jewelry. On the other hand, there are people that say that gold is a unique asset with various intrinsic qualities.

Either way, Gold is one of the most popular stores of value mainly because of the popularity it has acquired and its proven track record of maintaining its value over extended periods of time. Its reputation as a store of value can be dated all the way back to approximately 2019 B.C. Since then, it has proven itself as a reliable store of value as it was able to maintain its underlying value, at the very least, throughout the years.

Gold does however have a few downfalls, mainly its transportability and utility. The transportability of Gold isn’t really a problem when you’re using it to only store a small amount of value. Its lack of transportability is noticeable when you start storing larger amounts of value, for example; the collective value of a person’s life savings. Imagine having to carry the equivalent of the average life savings in Gold everywhere you go. Needless to say, it isn’t ideal!

As mentioned, the utility of Gold is also fairly restricted. Gold is currently used in electronics and jewelry, but what happens when Gold is no longer an attractive metal to use in jewelry? Given the rate of innovation in the technology sector that is constantly increasing, it’s fair to say that a cheaper and more conductive replacement for Gold in electronics will soon be discovered. So, if Gold loses its utility in electronics and its attractiveness in jewelry production, will it still have the same intrinsic value?

There is a lot of debate around whether or not Bitcoin will replace Gold as the “go-to” store of value. Let’s take a look at how the two differ from each other.

As mentioned, it is really difficult to transport the equivalent of an average person’s life savings in Gold since Gold is fairly heavy. In terms of transportability, Bitcoin is the more attractive option since it is digital. Unlike Gold, which is a physical object, large amounts of value in Bitcoin can be transported on a mobile device and transferred between people at a few clicks of a button. No matter how much value you store in Bitcoin, its degree of transportability remains the same, as opposed to Gold where an increase in stored value makes it more and more difficult to transport.

Bitcoin has outperformed Gold in terms of price gains. However, a good storage of value is not necessarily the option that makes the most money, but rather the option that keeps the most money. As the famous investment saying goes, “It’s not how much money you make, it’s how much money you keep that is important”. Given Gold’s long-term performance of its value steadily increasing over the years, with minimal deterioration in its value, it is fair to say that Gold is the better store of value option for the conservative investor that is not looking to store their funds with the hope of making big gains.

However, as is the case with all things with perceived intrinsic value, their intrinsic value is just that - perceived. For example, what is the difference between a fiat currency and a bar of Gold? They’re both physical items with their own utility. The difference is how valuable we believe each one is. Of course, it is more difficult to come by a bar of Gold than it is to come by a fiat currency note, and Economics teaches us that supply and demand are the driving forces behind an item’s value. Question is, what if people decide they no longer want Gold? The role that Gold plays in the global economy has become less vital since its discovery. This may lead one to question whether or not Gold’s perceived value will remain the same or decrease slowly as time goes on, opening up the door of opportunity for a new asset, such as Bitcoin, to replace it and become the next store of value.

A store of value needs to have a finite supply, otherwise, its value will become diluted. As you may recall, getting a hold of a fiat currency note is not as challenging as getting a hold of a bar of Gold. This is because there is a larger number of fiat currency notes than there is bars of Gold. More notes are also being printed by governments to pay off their debt, making fiat notes less valuable.

Both Gold and Bitcoin have a finite supply. The only difference is we know how much Bitcoin there will ever be and we know when we will computationally “mine” the last Bitcoin. The same can’t be said for Gold as no one is really sure how much Gold can still be mined. Anyhow, both Bitcoin and Gold are evenly matched as a store of value when only looking at their finite supply.

The financial markets are one of the areas with some of the most, if not the most, levels of uncertainty as it is difficult to gauge what will happen in the global financial markets. Historically, there have been several market crashes, each with its own level of severity. To combat the negative impact that future stock market crashes may have, investors turn to stores of value to keep their funds safe. One such store of value, and the most popular, is Gold because of its proven track record of maintaining its value over time. However, Gold may have a longer track record and more price stability than Bitcoin, but will the role of Gold in the global economy fade out in the future? Only time can really tell, but if the answer is yes then Bitcoin has a very good chance of replacing Gold as a store of value. This is mainly because of its finite supply, growing traction in the global market, and its digital and decentralized nature which makes it more transportable than Gold as well as more secure. 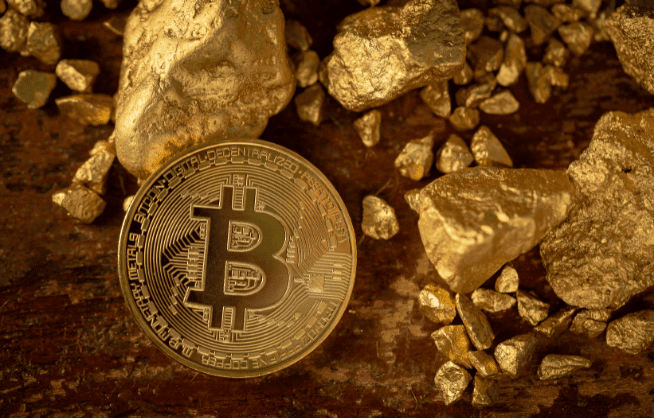