Bitcoin was first introduced to the world towards the end of 2008 when the domain bitcoin.org was registered by an unknown individual, team, or company in the midst of the 2008 financial crisis. Since then, Bitcoin has become the most well-known cryptocurrency in the crypto space. You can ask almost anyone, whether in the crypto space or not if they have heard of Bitcoin and they will most likely answer yes. However, the identity behind the project is still unknown. All that we do know is that someone under the alias of Satoshi Nakamoto created Bitcoin. This does not mean that there hasn’t been a lot of speculation and a list of suspects in this search for the mysterious identity. In this article, we will take a look at some of the people that have and still are suspected of being the real-world identity behind the Nakamoto alias, we will look into what is Satoshi Nakamoto's net worth according to the Bitcoin he has in his wallet. 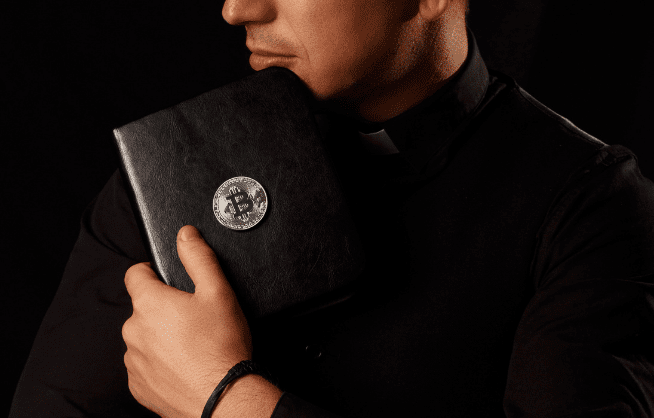 After the registration of the bitcoin.org domain name, Bitcoin made its way to an anonymous chat group of people that were on a cryptography mailing list. Here, Satoshi reached out to the people in the group to ask them what they had thought about the project. Satoshi also shared Bitcoin’s whitepaper, which is a document detailing the technical aspects of the cryptocurrency. The document also mentioned what Satoshi’s vision was for Bitcoin, and why he believed the world needed a decentralized financial system.

In the introduction of the whitepaper, Satoshi wrote: “Commerce on the Internet has come to rely almost exclusively on financial institutions serving as trusted third parties to process electronic payments. While the system works well enough for most transactions, it still suffers from the inherent weaknesses of the trust-based model. Completely non-reversible transactions are not really possible, since financial institutions cannot avoid mediating disputes. The cost of mediation increases transaction costs, limiting the minimum practical transaction size and cutting off the possibility for small casual transactions, and there is a broader cost in the loss of ability to make non-reversible payments for nonreversible services. With the possibility of reversal, the need for trust spreads. Merchants must be wary of their customers, hassling them for more information than they would otherwise need. A certain percentage of fraud is accepted as unavoidable. These costs and payment uncertainties can be avoided in person by using physical currency, but no mechanism exists to make payments over a communications channel without a trusted party.”

In Bitcoin forums, it's been speculated that Nakamoto might be "a libertarian and hates corrupt rich people and politicians." Other Bitcoin enthusiasts suggest the timing of Bitcoin's emergence is a clear indication of its raison d'être: The currency, which was created in the years following the housing bubble burst in 2007, might have been invented as a means of disrupting the corrupted banking system.

Satoshi sent an email to Bitcoin Core developer Mike Hearn, stating “I’ve moved on to other things” and concluded the brief email by saying “The future of Bitcoin is in good hands.” Two years after Bitcoin was introduced in the anonymous chat group, Satoshi Nakamoto disappeared from the web and was never heard from again. Since then, the Bitcoins in the wallet believed to be Satoshi’s have not been transacted with to this day.

Let’s take a look at the list of people that have been believed to be, or have claimed to be, the real-world identity behind the Satoshi Nakamoto alias.

People Suspected of Being Satoshi Nakamoto

In 2014, a Newsweek reporter published a feature story that pinned the identity of Bitcoin’s creator on Nakamoto due to his high-profile work in engineering and pointedly private personal life. Following the story’s release, Nakamoto was immediately dogged by reporters who trailed him as he drove to a sushi restaurant. Nakamoto had then stated that he had only heard of Bitcoin weeks earlier when Goodman had contacted him about the Newsweek story.

Two weeks later, he issued a statement to Newsweek stating that he “did not create, invent or otherwise work on Bitcoin.” Following the statement, Bitcoin’s actual creator resurfaced in an online forum to post: “I am not Dorian Nakamoto.”

This is perhaps the biggest controversy revolving around Bitcoin’s true creator that started in 2016 when Australian entrepreneur, Craig Wright, had claimed to be the creator of Bitcoin and provided disputed code as proof. Bitcoin developer Gavin Andresen corroborated Wright’s gesture by saying that he was “98 percent certain” that Wright was the real Satoshi Nakamoto.

This claim was met by others in the crypto space who did not believe that Craig Wright was Satoshi Nakamoto. Wright’s claim was also met with alleged interest from the FBI. Due to the sudden influx of scrutiny, Wright deleted his post and issued a cryptic apology, writing, “I’m sorry, I believed that I could put the years of anonymity and hiding behind me. But, as the events of this week unfolded and I prepared to publish the proof of access to the earliest keys, I broke. I do not have the courage.”

The family of a deceased man, David Kleiman, sued Wright for half of Nakamoto’s cache of 1.1 million Bitcoins and claimed that the two men created the cryptocurrency together. There is still a Florida court case in process that is being reviewed by a jury.

In the pursuit to find Bitcoin’s creator, one person that has been brought up as the man behind Bitcoin over and over again is the hyper-secretive cryptocurrency expert, Nick Szabo. Szabo was not only fundamental to the development of Bitcoin, but also created his own cryptocurrency called “bit gold” in the later ‘90s.

In 2014, a team of linguistic researchers studied Nakamoto’s writings together with writings from thirteen potential bitcoin creators. The result was “uncanny”, according to the team. The team went on to say, “The number of linguistic similarities between Szabo's writing and the Bitcoin whitepaper is uncanny," and continued by saying that "none of the other possible authors were anywhere near as good of a match.”

Although Szabo is a staunch libertarian who has spoken publicly about Bitcoin and blockchain’s history and has been involved in cryptocurrency since its earliest beginnings, he firmly denies claims relating to him being the creator of Bitcoin. He denied these claims both in The New York times and in a tweet saying: ”Not Satoshi, but thank you.”

There are many more people believed to be the real Satoshi Nakamoto. This list is longer than the one covered in this article. One person that is in this long list of suspects is the founder of Tesla and SpaceX founder, Elon Musk. Elon Musk adamantly denied this theory back in 2018.

It’s been over a decade since the creation of Bitcoin, and we are still no closer to finding Bitcoin’s creator than we were since the search for him/her/they/it started. Will Satoshi ever reveal his true identity? If so, here are some of the ways that he can do it.

Ways That Satoshi Can Prove His Identity

Use His PGP Key

A PGP key is a unique encryption program that is associated with a given user’s name - sort of like an online signature. Nakamoto could attach his key to a post or message which will then prove his identity.

Could Move His Bitcoin

Nakamoto has accumulated a fortune in Bitcoin. It is estimated that he possesses over one million coins, which today would be in excess of a billion dollars. Theoretically, if anyone claiming to be Satoshi moves some of the coins from Satoshi’s wallet to another address, then they can prove that they are the real Satoshi.

Satoshi Nakamoto is estimated to have close to 1,100,000 Bitcoins in his wallet, this means that his net worth based on the Bitcoin he holds is estimated to be around $50.28 Billion.

Bitcoin became the topic of an anonymous chat forum in late 2008, following the financial crisis. The project was introduced to the forum by someone under the alias of Satoshi Nakamoto. Satoshi connected with several people on a cryptography mailing list to gauge their opinion and thoughts on the proposed decentralized cryptocurrency. Since then, members of the forum joined Nakamoto in finishing off the finer details of the Bitcoin Core network. Two years later Satoshi Nakamoto disappeared and was never heard from again by the forum. His last email was a brief email to one of the Bitcoin Core developers saying that he had moved on to better things and that Bitcoin’s future was in good hands. Up until now, nobody is sure who Bitcoin’s creator is. There is however a list of people that are suspected to be the creator, and there are a handful of people that have also stepped forward and have claimed to be the creator, but none of these people have proven to be the creator of Bitcoin, leaving the pursuit to search for Bitcoin’s creator ongoing.

One thing is for sure, whoever Satoshi is, based on his original Bitcoin wallet address alone, he is one of the richest men in the world, with a net worth of more than $50 Billion. 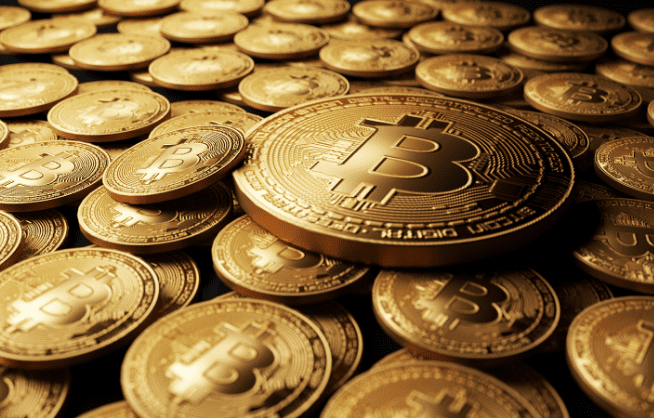