In this NordVPN review, we will be examining whether or not NordVPN is worth your money.

If you would like to get 72% OFF NordVPN + 3 Free Months, simply use our NordVPN Coupon Code! 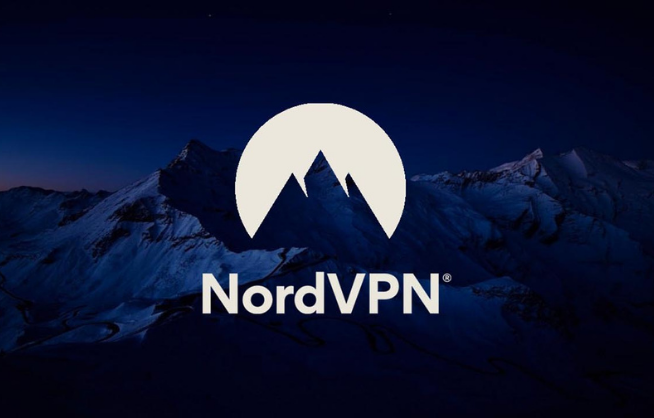 With more than ten years of experience, NordVPN is a leading VPN provider based in Panama. NordVPN gives you military-grade protection online, and you can access all your favorite sites without restriction. NordVPN never logs your activity when using their servers, which are operated under the jurisdiction of Panama, where there are no mandatory data retention laws.

NordVPN does not store any logs about its users. However, there’s some of its user's information it needs to keep:

NordVPN is based in Panama, the country has no mandatory data retention laws and does not participate in the Five Eyes or Fourteen Eyes alliances.

NordVPN does not apply any speed or bandwidth limits but using it will decrease your internet speed to a certain degree.

When you are connected to NordVPN, your connection speed depends on several factors, including the physical proximity of the server, its load, your original internet speed, the VPN protocol you are using, and more. If you are connected to the closest available server through OpenVPN UDP, you can expect around a 30% drop in speed. If that’s too slow, you can use the NordLynx protocol instead, which provides much better speed.

The results we got with NordVPN were very decent, below you can compare how NordVPN impacted our internet connection.

In our test, Ping had a very minimal decrease, the download speed decreased quite a bit, and the upload speed actually saw a small increase.

With these results in mind, we can conclude that speed isn't NordVPN's strongest asset.

We've gone ahead and tried to access some of the most popular streaming services while connected to one of NordVPN U.S. servers, below you can check which services worked, and which didn't.

In what streaming is concerned, we got every platform we tested to work, that's very impressive!

SmartPlay is a NordVPN feature that helps you securely access content that would otherwise be unavailable. Best of all, it does it in a way that you never even have to think about it. It’s implemented in every NordVPN app seamlessly, so there’s nothing to set up, update, or activate.

All that is possible because SmartPlay combines the best features of VPN and Smart DNS technologies. If you used a regular Smart DNS service, you would set its server as the preferred DNS server in your router or network settings. That would give you more access to various streaming content but add no extra security to your connection. Besides, it would involve manual setup on your router or separate devices, which may be complicated depending on your tech skills.

NordVPN also offers a free SmartDNS, but as mentioned, SmartPlay is even better than Smart DNS.

NordVPN is one of the best VPN providers for torrenting, it even offers a special server to which you can connect when you want to upload or download torrents, simply head over to the “specialty server” area in the NordVPN app and you will see a server named P2P.

NordVPN has many strong security features, below you can see some of those features.

Double VPN is an advanced VPN security feature that routes your traffic through two VPN servers instead of one, encrypting your data twice.

With Double VPN, your online activity hides behind two servers instead of one, which is known as VPN server chaining.

All your data is protected with an extra layer of encryption. This makes it twice as hard for criminals to decipher.

The connections are mixed between UDP and TCP protocols, which increases the security level of your online activities.

As your actual IP address was changed by the first VPN server, the second server doesn’t have any information about you.

Nobody, not even your ISP can see your final destination on the web. They can only know that you are using a VPN service.

The Domain Name System (DNS) is the reason why browsing the internet is so quick and simple. Its job is to resolve domain names such as “rushradar.com” into actual IP addresses. In other words, it translates the long, complex numeric names of web servers into human language, and the other way around.

This is how it works: Whenever you want to visit our website, you type “rushradar.com” into your browser. Your computer or smartphone sends a query to a DNS server: it contacts the server and asks for the unique IP address of our site. Only after the DNS server provides the IP address, your device can finally connect to the website you want.

When you connect to a VPN, all your online traffic is supposed to be routed through the VPN network. That includes the DNS queries we mentioned before. They should go through the encrypted tunnel straight to your VPN provider’s DNS servers.

But that’s not always the case. A DNS leak is a security flaw that allows your queries to travel to the default DNS servers, which belong to your internet service provider (ISP).

If any of your online traffic goes out through the regular, unencrypted route, third parties may intercept it. That includes your ISP or DNS provider, who would be able to see the websites you visit, the services you use, and more.

On top of that, you won’t even know about it, unless you take a special DNS test for leaks, like the one provided by NordVPN. You could call it a VPN security test because if a service won’t fully reroute all your traffic, it’s not as secure as it should be. That’s why it’s imperative to choose a VPN with DNS leak protection.

When you connect to NordVPN, your device only uses DNS servers operated by NordVPN. All your DNS queries travel over the encrypted tunnel and are resolved on the same VPN server you are connected to.

This way, you never have to worry about your confidential information leaking and third-parties spying on it.

The Onion Router (Tor) is a specialized browser that sends your data through a chain of servers to hide your identity.

So instead of taking a direct route, your internet data enters the Onion network via a random relay anywhere around the globe. Then it makes at least one additional hop and, finally, goes through a random exit node to its final destination on the web.

However, when you use NordVPN, even the entry node cannot see your IP address. So even if someone is observing vast portions of the Onion network, they won’t be able to discern your real identity.

In the Onion network, you send your traffic through a network of volunteer-operated servers.

Without NordVPN, your internet service provider will know you use the Onion network to access the internet. This can be especially risky for political and human rights activists, journalists, and bloggers, who work and live in censorship-heavy countries.

Onion servers are volunteer-operated – anyone can set up and run one. That means authorities or bad actors could deploy thousands of compromised servers to track you online. Furthermore, no single node sees the full picture, yet someone watching multiple servers – especially entry and exit nodes – can discover your real IP address.

NordVPN encrypts your traffic and hides your real IP before connecting to the Onion network. NordVPN adheres to a strict no-logs policy, so everything you do online remains hidden from all parties, including from the NordVPN team.

NordVPN supports a number of security protocols to provide a VPN service. The security levels and purposes of these protocols are different, but so are each customers’ needs. Below you can take a closer look at the strengths and weaknesses of each protocol offered by NordVPN.

OpenVPN is a mature and robust piece of open-source software that enables the provider to provide a reliable and secure VPN service. It is a versatile protocol that can be used on both TCP and UDP ports. OpenVPN supports a great number of strong encryption algorithms and ciphers: to ensure the protection of your data, NordVPN uses AES-256-GCM with a 4096-bit DH key. OpenVPN is recommended for the most security-conscious users.

IKEv2/IPsec significantly increases the security and privacy of users by employing strong cryptographic algorithms and keys. NordVPN uses NGE (Next Generation Encryption) in IKEv2/IPsec. The ciphers used to generate Phase1 keys are AES-256-GCM for encryption, coupled with SHA2-384 to ensure integrity, and combined with PFS (Perfect Forward Secrecy) using 3072-bit Diffie-Hellman keys. IPsec then secures the tunnel between the client and server, using the strong AES-256. The protocol provides the user with peace-of-mind security, stability, and speed.

3. WireGuard (NordLynx) (Recommended by NordVPN and used by default in most apps)

WireGuard is the newest and fastest tunneling protocol the entire VPN industry is talking about. It uses state-of-the-art cryptography that outshines the current leaders, OpenVPN and IPSec/IKEv2. However, it’s still considered experimental, so VPN providers need to look for new solutions (like NordLynx by NordVPN) to overcome WireGuard’s vulnerabilities.

Modern, extremely fast, and insanely lean in its architecture, WireGuard is backed by thorough academic research. WireGuard consists of only 4,000 lines of code, making it easy to deploy, audit, and find bugs. To put it into perspective, OpenVPN runs on 400,000 lines of code, meaning that WireGuard makes up only 1% of OpenVPN’s massive architecture. NordLynx is currently used by default in NordVPN apps.

NordVPN's app has a very modern and intuitive design, it is extremely easy to set up and it is available for all major platforms.

As good as the app is, it good be better when it comes to sorting and choosing the servers with the better connection speeds.

The NordVPN network is composed of 5284 servers located in 60 countries around the world. Not many VPN providers have as many servers as NordVPN, if you'd like to check the full updated list of NordVPN servers, follow the link below!

You can get support over chat and email. The NordVPN team will answer your questions and solve your issues quickly and efficiently.

NordVPN does not offer support over phone calls.

Below you can see which payment methods you can use when subscribing to NordVPN.

You can pay with a credit card, cryptocurrency, PayPal, AmazonPay, Sofort, prepaid card, and many more. You can also make a payment through iTunes or Google Pay.

If you want to pay in cash, you can also purchase a NordVPN subscription in a retail store.

NordVPN offers three different subscription plans, a monthly plan, an annual plan, and a biannual plan, depending on the plan you choose, you can save up to 72% OFF the original price and get an extra 3 months completely free!

All plans offer exactly the same features, the only difference between them is the pricing and how much you can save with each one.

After our NordVPN review, we can see why that is, it's true that NordVPN also has the strongest marketing strategy in the market (you've probably seen it recommended by a ton of YouTubers), but that alone would allow it to be as popular as it is.

NordVPN offers great security and privacy features, it allows to pay for the service with virtually every possible payment method, it has a ton of servers (more than 5000), it has a specially dedicated server for torrenting, and it's great for streaming.

On the downside, speeds aren't that great, it only allows you to connect 6 simultaneous devices, it doesn't offer a free trial (although it offers a 30-day money guarantee), and the app could see some improvements.

If you'd like to get up to 72% OFF your NordVPN subscription and an additional 3 months totally free, use our NordVPN Coupon Code below! 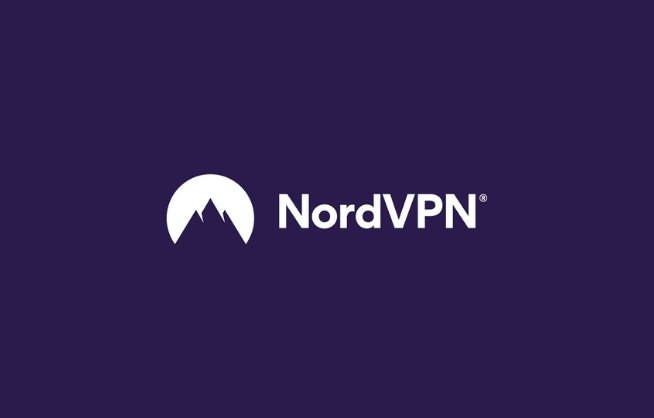 !
!
SUBSCRIBE
Terms and Conditions checkbox is required.
Something went wrong. Please check your entries and try again.
72% OFF No Code Needed

View all posts by RushRadar →