What is the importance of manufacturing industry cybersecurity? Why should this industry prioritize its cybersecurity measures? Let's find out! 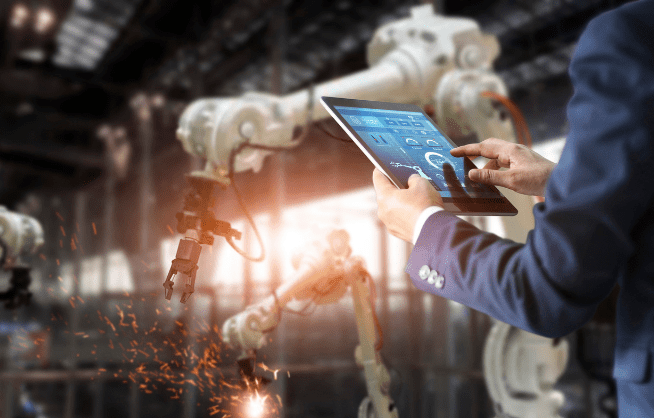 With the enlargement of science and technology, numerous manufacturing companies are shifting towards digital processes. With digital manufacturing, businesses benefit from increased connectivity, efficiency, quality, and consistency, resulting in cost reductions and the ability to remain competitive.

Data analytics and other technologies enable factories to increase productivity and improve efficiency contributing to Industry 4.0. The vast effects of industry 4.0 can be observed in our daily lives. From bill payments to shopping, from the medical sector to professional meetings, from student assignments to a professional job, industry 4.0 has changed and evolved our daily routine. Industry 4.0 is gaining traction as factories take advantage of data analytics and various related technologies.

While going through a technological transition is exciting for the sector, some new concerns and challenges also arise. Manufacturers face a new threat as their industries become more data-driven. That threat is cybercrime. Cybercrime refers to criminal activity that involves the use or targeting of an electronic system, a computer network, or a networked device. Cybercrime is often committed by cybercriminals who want to make money.

Cybercrime against manufacturing companies is on an upward trend, and it does not appear to be slowing down. Manufacturing industries need cybersecurity, and they must implement it as soon as possible. Individuals or organizations can commit cybercrime, and cybercriminals can attack in many ways. Some of the most known attacks are phishing, hacking, spoofing, software piracy, etc. Hence, manufacturers and business individuals seriously need to consider cybersecurity training to stay ahead.

The Importance of Manufacturing Industry Cybersecurity

In the age of the so-called Covid-19 Pandemic, in some countries like India, cybercrimes went up by 500%. The lockdown, which witnessed a deeper adoption of interconnected devices and a hybrid work environment, has increased the dependence on technology. Hence, this dependence on technology makes manufacturers more susceptible to digital attacks. Cybercrime is becoming a lucrative business as more and more companies store their data online. Cybercriminals are now targeting specific organizations that are more likely to pay the ransom immediately to recover their data. Also, hackers are increasingly demanding ransom via cryptocurrency, which is more difficult to trace. Suffice it to say that cybercrime is a significant threat to society and industry and is growing exponentially.

There is a lot of valuable data manufacturers possess for manufacturing goods. The data is confidential and paramount to the manufacturers for their work. That data can be in any form, like financial transactions of customers, the addresses of a large number of people, private information about people, etc. If such confidential and central data falls into the wrong hands, the effects will be disastrous. Over the last few years, increasing awareness of cybercrime has been made apparent. A facility's data can be a valuable target to hold for ransom even if it can't directly benefit a hacker. Manufacturers, therefore, need to protect their data to avoid being attacked via cyberspace. Cybersecurity, therefore, is the best option for manufacturers.

As mentioned previously, industry 4.0 has been in use for the last decade because of its applications, new technologies, and flexibility. But still, it is a novel concept for many manufacturers. Many manufacturers don't have the appropriate experience in this field. Consequently, they are not aware of the risks associated with this field. Given the different technologies offered by Industry 4.0, they could be at risk of phishing attacks. Their lack of knowledge makes them an easy target for cybercriminals. For this reason, manufacturers need to take cybersecurity seriously.

The effect of cyberattacks can be disastrous. Businesses and entire countries can be affected by cyberattacks. An explicit example of this is the incident in New York City last year. That was one of the most disruptive digital ransom operations in recent history, illustrating the vulnerability of the U.S. energy infrastructure. Many such incidents have happened over the world. CPC Corp ransomware attack in Taiwan crippled its payment system, crippling its petroleum and natural gas operations. Ukraine’s power grid hack was an unprecedented cyberattack on a power grid that was successfully perpetrated. Ivano-Frankivsk, Ukraine's most populated region, later suffered a six-hour power outage for half its population. It took months to fully restore power to all the control centers, even though power was restored within hours. These are just a few examples of such attacks.

From these incidents, it is evident what cyberattacks can do to the system. It can cause severe widespread losses, apprehension, and confusion in society.

Cybercrimes can result in economic disruption, a threat to the sovereignty and integrity of a Nation, loss of consumer confidence, etc.

Today, technology is at its peak and is still developing, and evolving itself. With an ever-increasing use of technology, the manufacturing industries need to protect their data from various cyberattacks like phishing, malware, password attack, cross-site scripting, etc. An attack on the essential and central data to the manufacturing company is an attack on the whole company, which may affect people's lives. Hence, manufacturing industries and individuals employed must get training in the best cybersecurity programs to enhance their skills to protect the company and its data. These courses help you understand the various types of cyberattacks that happen to your system, and they provide comprehensive ways to prevent cyber attacks on your system.

Industry 4.0 offers a wide range of applications, advantages, and services. But at the same time, companies need to ensure the security of their systems. A company without cybersecurity is like a house without walls. Technology is advancing, and it will continue doing so in the future, which may lead to an increase in cybercrime. Hence, manufacturing companies should do their utmost to protect their data and security at any cost. The increase in cybersecurity in the last four to five years suggests its impending concern to industries. So for all these reasons, modern manufacturing seriously needs to consider cybersecurity to protect its integrity and avoid future losses. 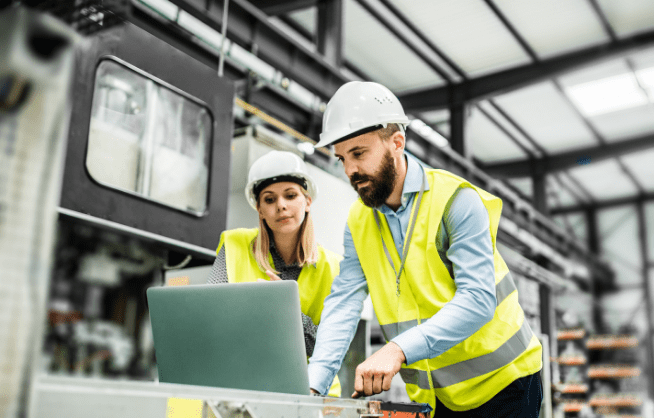