Is Atlas VPN fast, private, and secure? Does it fit your needs? In this Atlas VPN review, we will be examining whether or not Atlas VPN is worth your money. 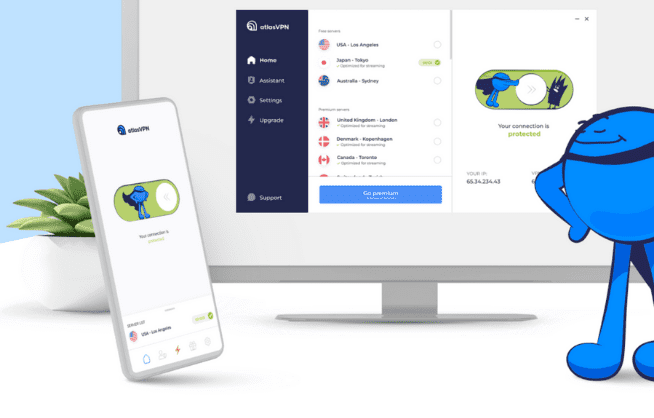 In 2020, IT nomads created Atlas VPN after seeing a lack of top-notch service within the free VPNs field. Atlas VPN was designed for everyone to have free access to unrestricted content without any strings attached. Atlas VPN set out to be the first trustworthy free VPN armed with top-notch technology.

Atlas VPN is located in the United States, and its Terms of Service are written in accordance with the laws of the state of Delaware. The trademark is registered under the Peakstart Technologies Inc. company. Overall, Atlas VPN works in a rather sensitive market and protecting the team and their privacy is one of Atlas VPN's top priorities.

Being based in the US means that Atlas VPN is a 14 Eyes Country.

The business location of a VPN company is crucial to what it must abide by, by law.

As mentioned before, unfortunately, Atlas VPN is based in the US which is part of the 14 Eyes group of countries.

Atlas VPN does NOT log its users, either direct data or metadata.

The results we got with Atlas VPN were very good, below you can compare how Atlas VPN impacted our internet connection.

In our test, Ping was basically the same, the download speed decreased slightly, and the upload speed was almost the same decreasing slightly, which is great!

We've gone ahead and tried to access some of the most popular streaming services while connected to Atlas VPN's U.S. server, below you can check which services worked, and which didn't.

While connected to Atlas VPN, we were able to watch every single streaming service!

Torrenting with Atlas VPN works great, speeds are great and the security features make Atlas VPN one of the best VPNs for torrenting.

Tracker Blocker provides an extra layer of privacy while surfing the web. It stops data brokers from collecting information about your online activity through third-party trackers, which they then sell to companies and advertisers. In this way, it safeguards you from annoying and potentially dangerous advertisements that follow you around the internet.

Here are 4 ways how Tracker Blocker can change your digital life for the better:

It açsp stops you from entering dangerous websites and blocks malign ads so you can feel safe while surfing the web.

Data Breach Minor is a security tool that allows you to keep track of any data breaches involving your online accounts. It scans leaked databases automatically and notifies you of any previous or recent breaches in which your personal information was exposed.

The Atlas VPN app is very user-friendly and simple to use, it has a clean design and it is straight to the point, that being said, it is missing some features when compared to some apps offered by other VPN providers.

Currently, the Atlas VPN server list consists of more than 700 servers from 30 different countries. The server list might be shorter than the other VPN providers. However, having in mind that this is still a new VPN, it is expected for this list to expand in the future.

Unlike regular servers used by other VPN providers that only assign you a single IP address, the SafeSwap servers have a pool of different IP addresses. Once you connect to one of these servers, your outgoing traffic will be routed via multiple IP addresses that will constantly switch for your online sessions without any drop in speed.

As of now, Atlas VPN is the first and only VPN provider that offers this functionality. This one-of-a-kind privacy tool should satisfy even the most privacy-conscious VPN users.

The official website of Atlas VPN has a constantly updated Help Center with general, billing, and account information and a guide on how to get started with Atlas VPN. If you would have any additional questions or issues, their customer support can be reached through email 24/7.

Below you can see which payment methods you can use when subscribing to Atlas VPN.

The free version is available to all users by downloading Atlas VPN from either the Apple App Store, Google Play Store, or their website. Once downloaded, open the app, select one of the three available locations, and you’re good to go.

The premium version provides you with the fastest server connection speeds and gives access to an additional 28 server locations.

Atlas VPN offers one of the best prices on the VPN market.

After our Atlas VPN review, we found this to be one of the most promising VPN providers in the market.

Atlas VPN is very simple to use and its app is clean and straightforward, that being said, it does lack some extra features offered by other VPN providers.

Although it is based in the US and therefore is part of the 14 Eyes group of countries, Atlas VPN offers some very strong privacy features, it also offers great security with some unique features such as SafeSwap, Data Breach Monitor, and Tracker Blocker.

Atlas VPN's speeds are some of the best we've seen, also worth mentioning is the fact that you get unlimited device connections with your Atlas VPN, something that is also unique among the VPN providers we've reviewed so far.

Being a newly released VPN, Atlas VPN doesn't have a huge list of available servers, nonetheless, that is bound to change as time goes by.

Customer support is helpful but, unfortunately, there is no live chat support.

Another drawback is the fact that Atlas VPN currently only offers two tunneling protocols (IKEv2 and WireGuard). 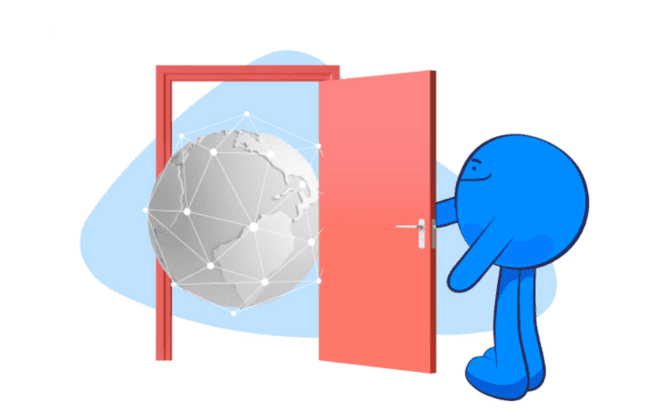 View Posts
Home » Browse » Cybersecurity » Atlas VPN Review: Is It Worth It?