Blockchain technology has enabled a new era of games, known as play-to-earn games. Play-to-earn games are a popular topic among gamers, cryptocurrency investors, and tech junkies. These games utilize several blockchain technologies to deliver unique, never-before-seen gameplay. In these gameplays, players are able to perform tasks such as monetizing in-game assets, interacting with other players from across the globe over the blockchain, and so much more. In this article, we will look at what exactly play-to-earn games are and also at some of the best games currently on the market. 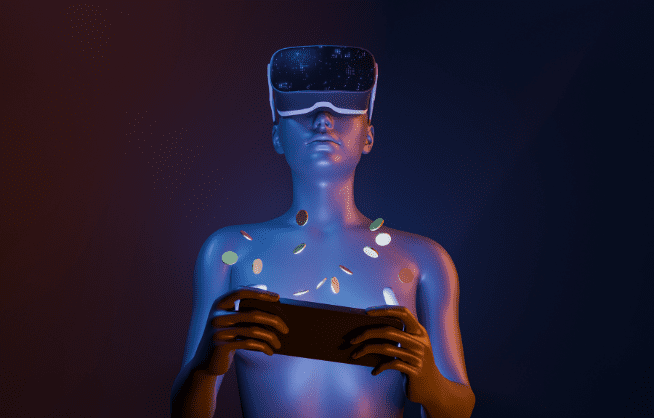 The Rise of Play-To-Earn

With the growing popularity of metaverses, and the ability for people to earn cryptocurrency in them, comes the birth of the term: play-to-earn. This is the basis of Game Finance, or GameFi for short, as players can now play blockchain games, in the setting of the metaverse, and earn cryptocurrency. This is growing into a viable option for people to earn money as more people join the metaverse due to the impact of Covid-19. This growing popularity has led to a race between projects in this space to create a metaverse that attracts the largest market share. This race is resulting in metaverses that offer players more ways to earn and to subsequently earn more. As this race for a better metaverse continues, the viability of play-to-earn games as a source of income will grow.

A play-to-earn game is any video or online game that harnesses cryptocurrency technology to reward players with something that has both virtual-world and real-world value. The rewards that are given in these games usually come in the form of non-fungible tokens, or NFTs, which are cryptographically unique tokens that can be used to prove ownership of digital content such as images or music.

Axie Infinity is currently the most popular play-to-earn game in the market. The gameplay involves breeding various monsters, called Axies, and pitting them against each other in either the virtual arena or in adventures. Each Axie is a unique NFT and has its own genetic code. Players can interbreed Axies to breed even stronger creatures as well.

Players can also win two tokens while playing. These tokens are Axie Infinity Shards (AXS) and Smooth Love Potions (SLP). The former is a governance token and the latter is needed to breed new Axies. Players can offer their creatures up for sale on a native NFT marketplace. The better the genetic code of the creature, the more valuable it is.

One thing to note however is that Axie Infinity is not completely free to play as users will need a few ETH to buy their first Axies.

The Sandbox is an open-world game built on top of the Ethereum blockchain. It’s similar to the popular game Minecraft. In the game, players create their own worlds, organizing adventures in the social hub, and create their own games within the virtual world. All of this can then be monetized. One of the most important resources in the game is LAND. Each piece of LAND is also an NFT and represents land ownership in the virtual world.

Another important aspect of the game is SAND, which is the in-game currency. Players can earn it by completing tasks or playing games within The Sandbox. Some games will require players to pay SAND first before they can participate in the game. Players also need to hold SAND if they want to create and monetize their own games. SAND earnings made during the game can then be converted into Ether (ETH).

Another blockchain-based card game on the list, Splinterlands, not only allows players to collect cards, but also items, skins, and virtual lands. All of these items are NFTs that can be traded or exchanged with other players. Should players win their card battles, they will also win the in-game currency called Dark Energy Crystals (DEC). Players can also earn DEC by completing challenges in-game. Lastly, cards can be burned to obtain more DEC, which can then be exchanged for other items.

Spliterlands is also not free to play. It will cost beginners around $10 to get started with a starter pack that includes their first cards. Players can also earn the game’s governance token, Splintershards (SPS), during battles which they can then stake to participate in voting.

Originally launched on the WAX blockchain, Alien Worlds now also runs on the Ethereum and Binance Smart chain. According to the project’s website, it is a decentralized metaverse on the base that is centered around a number of planets that players can colonize. The planets can also join together to form federations and explore the universe together. The option to fight other factions is also available in-game.

On each planet, players can mine new NFTs and a cryptocurrency called Trilium (TLM), therefore creating new tokens. Among other things, players can use these tokens to participate in voting in the “Planetary DAO”. Furthermore, they are also used to take control of other planets. Lastly, TLM can be exchanged for WAX and then sold as well.

Valuable cards in the game are NFTs and can be traded in the game’s NFT marketplace using the game’s native cryptocurrency, GODS. It can also be earned in tournaments. Once earned, users can then decide if they want to cash out their GODS through a supported cryptocurrency exchange or use the earnings to better their card collection.

The characters compete with each other in virtual battles, allowing players to earn more SKILL in the process. Players can then use the newly acquired SKILL to unlock new traits, as well as forge and improve weapons. The SKILL Token is also a payment means for the decentralized marketplace, and characters and items can be sold for SKILL.

SolChicks is one of the most popular play-to-earn games and is built on the Solana blockchain. In this fantasy game, the main characters are all little chicks dressed as knights and mages. Each chick is a unique NFT with its own properties, design, and attributes. The chicks can also be bred using “Shards of Love” (SLC) Tokens. These tokens and other NFTs can be obtained by completing in-game tasks.

Overall, the concept of SolChicks is similar to the previously mentioned Axie Infinity. However, the project is still in development. There are plans to create an independent metaverse for SolChicks. Until then, players can play the game in PvE and PvP mode.

Thetan Arena is a Multiplayer Online Battle Arena (MOBA) game. This is a genre that continues to captivate millions of players. In a nutshell, Thetan Arena offers an arena in which multiple players can compete against each other to take over the enemy base. All player characters, equipment, and items are NFTs.

Unlike the other games discussed in this list, Thetan Arena is completely free to play. Players are able to earn Thetan Coin (THC). This can then be used to purchase additional NFTs or can be sold on the marketplace.

In MetaWars, multiplier strategy and role-playing elements are combined as players explore the vastness of the universe and go to war with other factions in space battles. An ecosystem of its own is created within the virtual world in the process. The focus of the game is on the exploration and colonization of space. Players cooperate with each other and battle other enemy factions.

The players receive collectible NFTs and their own cryptocurrency called WARS, which can be staked. WARS serves both as governance tokens and as currency for the native marketplace. Furthermore, players can ensure their own ships with the token. The NFTs earned can be sold on the marketplace.

For anyone that has ever wanted to own a racehorse, Zed Run is the perfect game for you. With Zed Run, you can own a digital NFT-based racehorse. The gameplay is focused on the racing and breeding of the fastest digital horses, which can be traded on the marketplace.

The minimum requirements to get started are that a player must at least own one virtual racehorse. These horses can be purchased with Ethereum on the popular NFT marketplace, OpenSea. Over time, an entire racing stable can grow. Furthermore, owners can breed the horses with each other or auction valuable animals in the marketplace.

With the growing popularity of metaverses, and the ability for people to now earn cryptocurrency from playing them, comes the birth of the term: play-to-earn. This is the basis of Game Finance, or GameFi for short. These games allow players to play blockchain games, in the form of the metaverse and earn cryptocurrency. A play-to-earn game is any video or online game that harnesses cryptocurrency technology to reward players with something that has both virtual-world and real-world value. In these gameplays, players are able to perform tasks such as monetize in-game assets, interact with other players from across the globe over the blockchain, and so much more! 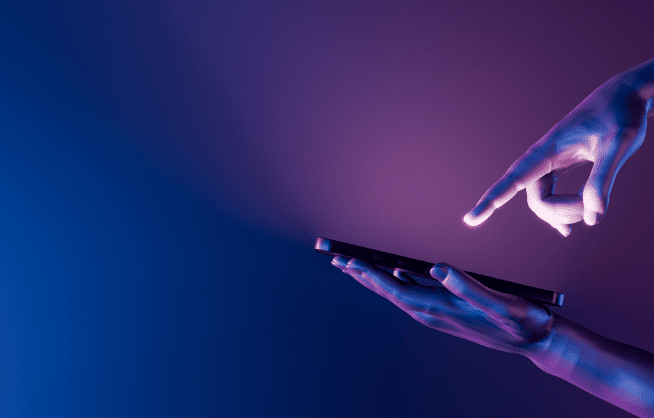