The Most Popular NFT Collections

Non-fungible tokens (NFTs) recently took the world by storm, with the NFT sector gaining even more traction in the market during the government-imposed lockdowns and restrictions, as NFTs unlocked play-to-earn games and served as a source of income for people from across the globe who were left jobless. Some NFT collections have gained more popularity and are more sought after by crypto investors, speculators, and art collectors. In this article, we will take a look at the 5 most popular NFT collections in the sector based on their 24-hour sales volume. 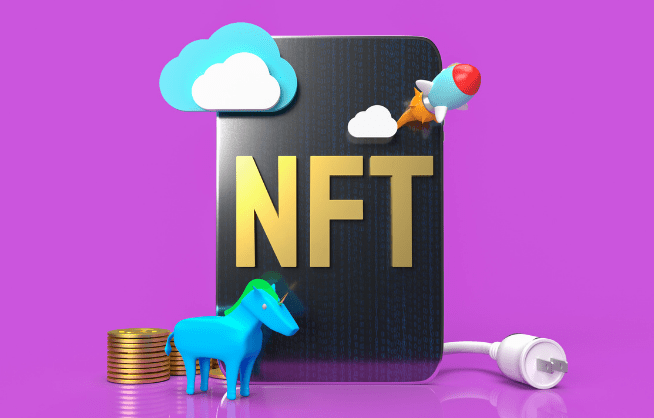 What is an NFT?

An NFT is a digital asset that represents real-world objects like art, music, in-game items, and videos. They are bought and sold online, frequently with cryptocurrency, and they are generally encoded with the same underlying software as many cryptocurrencies.

Although they’ve been around since 2014, NFTs are gaining notoriety now because they are becoming an increasingly popular way to buy and sell digital artwork. A staggering $174 million has been spent on NFTs since November 2017.

NFTs are also generally one of a kind, or at least one of a very limited collection, and have unique identifying codes. These tokens allow the items they represent to achieve a high degree of digital scarcity.

This stands in complete contrast to most digital creations, which are almost always infinite in supply. Hypothetically, cutting off the supply should raise the value of a given asset, assuming it’s in demand.

But many NFTs, at least in these early days, have been digital creations that already exist in some form elsewhere, like iconic video clips from NBA games or securitized versions of digital art that are already floating around on Instagram.

The reason collectors and speculators are so into NFTs, despite anyone being able to view and download an image or an entire collage of images online for free, is because NFTs contain built-in authentication. This native authentication serves as a form of proof of ownership, and a digital art collection is more about the bragging rights of owning an artwork than the actual piece of art itself, usually.

Now, let's take a look at the top 5 NFT collections in terms of the daily trading volume. The ranking will be according to data from CoinMarketCap

Win NFT Horse is a "DeFi + NFT" horse racing game created by TRON in conjunction with APENFT and WINKLink. Combining the game with "NFT + DeFi" through blockchain technology is to create a Win NFT Horse game ecosystem. Everyone can enjoy the Win NFT Horse game through interesting gameplay and earn token rewards by contributing to the ecosystem. Players can breed, compete, collect and trade their horses.

Players can purchase TRX (purchase horses), WIN (diamonds), and NFT (gold coins) through the market. TRX is used to purchase horses in the game, and horses can also be bought and sold in the market through TRX, and through PVE and PVP players can earn NFTs. The game will issue generous WIN token rewards to the top players in each season. This is an important feature to generate value, at the same time, breeding requires the consumption of NFT and WIN.

The 24-hour sales volume for the WIN NFT HORSE collection is over 15 million BUSD, and the collection has an estimated market cap of 635,415,770.2 BUSD. The floor price is 270 BUSD and the average price is up over 7,000 percent 33,205.46 BUSD according to CoinMarketCap. The collection is built on the Binance Smart Chain and has 10,000 available assets. There are currently 869 owners at the time of writing.

Launched on January 12, 2022, Azuki is a profile picture project hosted on the Ethereum network. It was created by four individuals based in Los Angeles who call themselves Chiru Labs.

Users can view these attributes on individual images on the official Azuki website. The prices of the NFT can surge due to particular traits or a combination of them.

The first batch of the NFTs was sold within three minutes of release on January 12. Each NFT was priced at $3,400 and resulted in sales worth $29 million.

Users can also use the Azuki NFT as a ticket to access a unique metaverse called ‘The Garden,’ and receive exclusive merchandise, NFT drops, live events, and many more experiences.

Bored Apes are a collection of 10,000 unique NFTs based on the Ethereum blockchain. The Bored Apes are digital avatars with different characteristics, some being rarer than others.

Bored Apes are the cornerstone of an elite movement called the Bored Apes Yacht Club. Your Bored Ape doubles as your Yacht Club membership card and grants access to members-only benefits—the first of which is THE BATHROOM, a community drawing board where Bored Ape owners can leave digital graffiti. Bored Ape ownership also comes with access to a private Discord server where you can hang out and chat with other owners.

All the Bored Apes were initially available on a first-come, first-serve basis, and were priced the same - 0.8 ETH or about $190 at release. However, all of the Bored Ape NFTs sold out quickly after launch and can now be purchased on the secondary market, OpenSea, which is like eBay for NFTs.

The 24-hour sales volume for this Ethereum-based NFT collection is 938.7ETH, and the collection’s estimated market cap is 1,236,866.9 ETH. The floor price is 113.33 ETH and the average selling price is 134.1 ETH. Currently, there are 6,429 Bored Ape holders according to CoinMarketCap.

The MAYC is a strategy for rewarding Bored Ape holders with an entirely new NFT, a "freak" variety of their primates while allowing novices to participate in the BAYC biological system at a reduced degree of engagement. Freaks are the final stage of participation, and they mark the end of BAYC's Roadmap 1.0. moving forward.

Another Ethereum-based NFT collection, the 24 sales volume for the Mutant Ape Yacht Collection is 869.19 ETH. The estimated market cap for the collection currently stands at 535,750.69 ETH. The floor price is 26 ETH and the average selling price for an NFT in the collection is 28.97 ETH. At the time of writing, 12,303 people hold Mutant Ape NFTs.

CryptoPunks is one of the earliest non-fungible token projects developed on the Ethereum blockchain. The project consists of 10,000 algorithmically generated 24x24 pixel portraits featuring random attributes such as the person wearing a hat or smoking a pipe.

Some CryptoPunks portraits may be more valuable than others based on their attributes (or lack thereof). There are just nine aliens and 24 apes, 44 wear a beanie, 48 wear a choker, 78 have buck teeth, and 128 have rosy cheeks. Eight CryptoPunks have no defining attributes, and one (#8348) has seven attributes.

A CryptoPunk with multiple rare attributes can be worth a lot. For example, CryptoPunk #7804, an alien wearing small shades, a hat, and smoking a pipe, fetched more than $7.5 million.

But rarity isn't the only factor in how much a CryptoPunk is worth. Some portraits are desired merely because a collector likes the look.

The CryptoPunks NFT collection has a 24-hour sales volume of 769.67 ETH, and an estimated market cap of 664,813 ETH. The average selling price for an NFT in the collection is 59.21 ETH and there is no floor price listed on CoinMarketCap. There are 3,425 CryptoPunks owners.

NFTs are unique or rare representations of either digital or physical assets and grant the holder a form of proof of ownership for the asset represented by the NFT they hold. NFTs have been around since 2017, but gained popularity during the global restrictions of 2020. The majority of NFT projects are built on the Ethereum blockchain as it is the market standard. However, we are now seeing popular NFT collections, such as WIN NFT HORSES being built on the Binance Smart Chain (BSC). 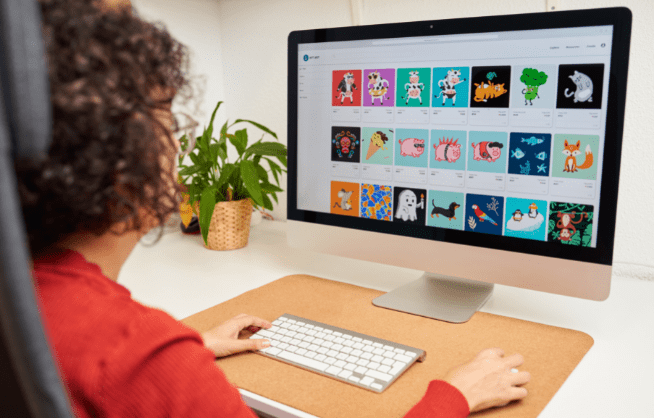