The Metaverse has been one of the most interesting developments in the crypto world. The digital universe where you can create, share, and experience new realities is increasingly becoming more popular. This article will explore what the metaverse means for cryptocurrency enthusiasts, as well as some of the coins that are related to it. 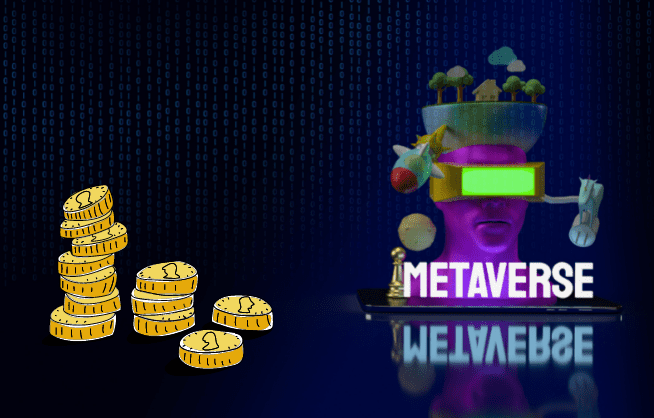 What is the Metaverse?

So, what exactly is a metaverse? As mentioned, a metaverse is a type of blockchain-powered game. It is a virtual world where players can play, work, earn, and interact with other players. This is made possible with blockchain technology: a decentralized network of interconnected nodes. A blockchain enables people to perform actions, in the form of transactions, without the need for a 3rd party intermediary to facilitate these transactions. In the metaverse, these transactions can include mining, chatting, earning, etc. By utilizing blockchain technology, a metaverse allows players to interact, earn, and transact without jurisdictional limits.

The Metaverse is also a digital universe that allows users to create, share and experience new realities. The aim of the Metaverse is to provide a platform where people can interact with each other in a secure and trustless environment.

How does the Metaverse Work?

The Metaverse works by allowing users to register their own avatars. These avatars can then be used to represent the user in different virtual worlds or realities. Transactions can take place using crypto coins, which are stored in digital wallets. All transactions are recorded on the blockchain, so they are transparent and cannot be tampered with.

What to do in the Metaverse?

There are many different things that you can do in the Metaverse. You can explore different virtual worlds, meet new people and even start your own business. There are many opportunities available in the metaverse, and it is constantly growing.

There are many cryptocurrencies that are related to the Metaverse, some of the most promising include:

Decentraland is a virtual reality platform that allows users to interact with each other in the real world. Users can create, experience, and monetize content on this blockchain-based platform. The currency used by Decentraland is MANA, which stands for "Metaverse Asset". This crypto coin was created back in 2015 as an ERC20 token based on the Ethereum blockchain. It has since been converted into its own stand-alone network.

Sandbox is a virtual world that allows users to create and share their own experiences. It is based on blockchain technology and uses the SAND token as its currency. The Sandbox team plans to use this platform to revolutionize the way we interact with virtual worlds.

Enjin is a gaming company that plans to use the blockchain to create a new gaming ecosystem. They have already created their own crypto coin, which is known as ENJ. This token can be used to pay for in-game items and services. Enjin has also partnered with Decentraland to help them build their virtual world.

Efinity is a blockchain-based platform that creates scalable smart contracts. It aims to solve the scalability problems facing many blockchains, and has already been integrated into Enjin's virtual world.  ERC20 tokens are used as payment for in-game items on this network.

Gala Games is a platform that builds a range of blockchain-powered games, each of which provides players with true ownership of their in-game items through the use of non-fungible tokens (NFTs). Launched in 2020, the platform was one of the earliest movers in the play-to-earn niche, by rewarding players in the form of GALA tokens, which can be used to buy or sell items in the metaverse.

Axie Infinity is a blockchain-based game that allows users to collect, breed and trade digital pets. The Axies can be used for fighting other players' creatures in tournaments or quests. They will also gain experience points as they are trained, which helps them level up.

My Neighbor Alice is a multiplayer builder game, introducing blockchain to millions of players. Anyone can buy and own virtual islands, collect and build exciting items and meet new friends. It uses the ALICE token as its currency, which can be used to purchase items and services within the network.

MOBOX is a gaming platform that combines yield farming and farming NFTs to create a free-to-play and play-to-earn ecosystem. MOBOX believes that each metaverse can be connected through NFTs, and aims to achieve NFT interoperability across games and platforms. It uses the MBOX token as its currency, which can be used to purchase items and services within the network.

Voxies (VOXEL) Free-to-Play 3D RPG Game on the Blockchain. Voxies is a free-to-play, 3D turn-based tactical RPG game on the blockchain. The main gameplay of Voxies is similar to a traditional RPG and tactical game, but it is powered by blockchain technology and ownership is central to the core concepts of the game. VOXEL is Voxies' native utility token and will be used as the currency inside the Voxie Tactics game and will be utilized for all in-game functionality, such as purchasing new weapons, armor, or items to use in the game.

YGG - Yield Guild Games YGG is a play-to-earn gaming guild, bringing players together to earn via blockchain-based economies. The organization's objective is to develop the world's largest virtual economy, optimize its assets to maximize utility, and share revenues with its stakeholders.

Mines of Dalarnia is an action-adventure game. Players mine and combine various in-game items, improving their skills and gear to unlock the MoD universe's secrets while fighting enemies and searching for rare relics and artifacts.

The Metaverse is a fascinating development in the crypto world. It provides a platform where people can virtually interact with each other, there are many other cryptos that are related to the Metaverse, but these are some of the most notable ones. These coins represent just a small sample of what is available in the crypto world. Be sure to do your own research before investing in any currency. That being said, the Metaverse is still in its early stages, and we believe there is plenty of room for growth! 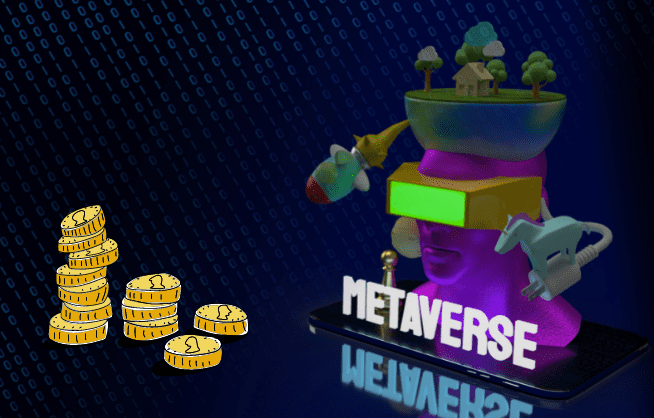