The Martin Scorsese MasterClass used to cost $100, now you can get access to ALL masterclasses thanks to the MasterClass Annual Membership, by doing so, you will save close to 98% OFF what you would usually pay for getting access to all those masterclasses. 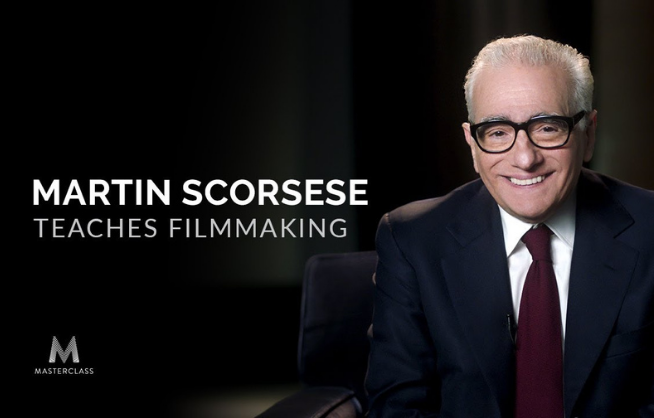 Martin Scorsese is an American filmmaker known for his depictions of American culture. Since the 1970s Scorsese has created an ambitious, bold body of work. That being said, even his most acclaimed films are demanding dramas that have enjoyed relatively little commercial success. Therefore, Scorsese bears the not totally undeserved reputation as a cult director who works with big budgets and Hollywood’s most desirable stars. In terms of recognition, he was one of the most significant American directors of the late 20th and early 21st centuries.

1. Introduction
03:46
Meet your new instructor: Oscar-winning director Martin Scorsese. Martin explains the goals of his MasterClass and talks about the importance of staying true to yourself on your filmmaking journey.

2. Beginnings
9:58
Martin explains how he realized that filmmaking was his true calling in life. He also talks about the importance of watching the old masters of cinema, from Orson Welles to Max Ophüls.

3. Martin's Education
8:13
Martin teaches you to appreciate the value of every shot using the lessons he learned from his tough—but inspirational—professor at NYU.

4. Discovering Your Process
12:51
There is no set process for filmmaking, but in this lesson, Martin offers you a glimpse of what his own process looks like. Learn to let your film take on its own life and always remain open to unexpected changes that could add value to a scene.

5. Channeling Your Influences
6:46
Martin encourages you to take inspiration from the work of other directors and discusses the significance of referencing other films in your own work.

6. Developing Your Style
14:34
Martin teaches the tenets of visual literacy and elaborates on the hallmarks of his style, including previsualization with storyboards, the use of voice-over, and the influence of documentary on his feature films.

7. Directing & Technology
9:35
Martin connects the atmosphere in which he first started making movies to the current climate of filmmaking, teaching you how technological advances can both help and hinder your creative process as a director.

8. Finding the Story
10:05
Martin teaches you how to see the inherently cinematic elements of your daily life and how to identify the themes and stories you are most drawn to.

9. Working With The Script
15:19
Martin shows you his process for reading scripts and how he goes about forming ideas. He also teaches you important lessons regarding research and explains how to further develop your script in rehearsal.

10. Casting Actors
10:07
Martin explains the significance of casting and offers his wisdom on how to interact with your potential actors, both individually and as part of a group. He also shares which performances he uses as models and what he looks for in an actor.

11. Directing Actors
9:35
Martin teaches you the importance of getting in front of the camera as a director. You'll also learn how to build a trusting relationship with your actors, how to make time for them to experiment, and when to stop talking and start shooting.

12. Locations
10:35
Martin shows you what you should look for when scouting locations and how to turn your location limitations into advantages.

13. Production Design
18:05
Martin teaches you how to reflect the themes of a story through production design. Learn how to bring the world of your film to life and when to take artistic license when depicting historical periods.

14. Costume Design
15:13
Learn how to let character dictate costume and how to collaborate with actors to find the perfect clothing for roles.

15. Understanding Cinematography
10:59
Martin teaches you how to work with your cinematographer and tells you the best way to learn—by asking your DP questions.

16. Shooting Low-Budget Films
11:41
Discover Martin's experience with low-budget filmmaking collaborating with cinematographer Michael Ballhaus. Learn how to creatively get the shots you need, even under tight budget and schedule constraints.

17. Working With Crew
10:25
Learn the differences between working with a small, core crew and a big one, and how to empower individual members of your crew.

18. Editing: Part 1
14:39
Martin reveals the magic of the editing room, and shares the qualities you should look for in an editor. He also prepares you for the continuous evolution that is intrinsic to the editing process.

19. Editing: Part 2
9:38
Martin teaches the importance of being in sync with your editor and expounds on a valuable lesson: You may have to cut the scenes you love.

21. Choosing Black and White
7:15
Martin discusses the evolution of black and white film and how he arrived at the decision to make Raging Bull in black and white.

22. The Importance of Sound Design
12:51
Martin teaches you his approach to sound design: enter the editing room with the intention of cutting away sound instead of adding it. Learn how to create an atmosphere with sound design, as well as how to use sound to solve editing problems.

23. The Power of Music
13:38
Martin shows how music serves as part of the spiritual lives of his characters and talks about the films whose music influenced him, from director Kenneth Anger's independents to the traditional scores of Hollywood films.

24. Promoting Your Film
6:29
Martin recommends promotional strategies and teaches you how to identify and target your film's potential audience.

25. Scene Discussion: Barry Lyndon
4:41
Martin analyzes the first scene of Stanley Kubrick's Barry Lyndon. Watch and learn as Martin breaks down the use of natural lighting and voice-over. Discover how every image in the scene embodies the structure of an entire historical moment.

26. Scene Discussion: Out of the Past
02:23
Martin analyzes the visual language of this scene from Jacques Tourneur's Out of the Past, explaining the director's use of light and shadow. Martin discusses camera tilts and Robert Mitchum's performance in this scene.

27. Scene Discussion: Jules and Jim
1:46
Martin dissects the voice-over in François Truffaut's film, explaining how it pushes the story forward and gives the audience copious information about the characters. Martin also analyzes the composition of frames and the effect of the music.

28. Scene Discussion: Vertigo
2:12
Martin discusses color and background action in this scene from Alfred Hitchcock's Vertigo. Learn how point-of-view shots and specific angles contribute to the emotional power of the scene.

29. Scene Discussion: 8 1/2
3:30
Martin analyzes Federico Fellini's choices in composition and lighting in this scene from 8 1/2, and shows how these impact our understanding of the protagonist. Watch and learn as Martin breaks down camera movement and the blocking of actors.

30. Finding Your Way
1:29
In his parting words of wisdom, Martin encourages you to find your own way and never lose sight of the creative spark that inspires you on each film.

The Martin Scorsese Masterclass is great if you want to learn and get useful advice from a master filmmaker, that being said, if you're looking for a more practical masterclass, we'd suggest the Werner Herzog masterclass. 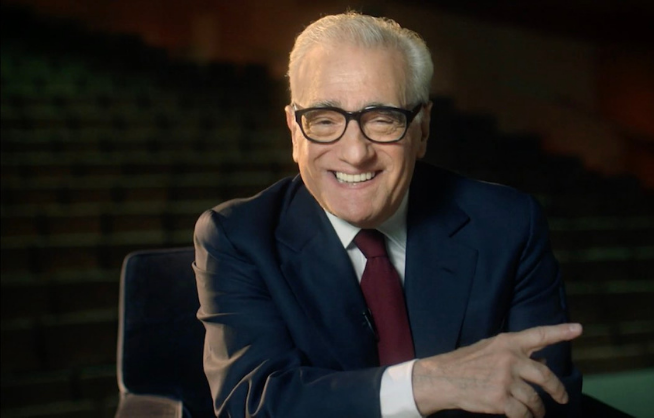