In recent years, the global economic outlook has become uncertain due to government lockdowns and restrictions, digital disruption, and geopolitical developments, which drastically change global businesses and financial markets, let alone change people's day-to-day lives. In the age of uncertainty, the development of digital innovations, including cryptocurrencies, NFT (Non-fungible token), decentralized finance (DeFi), the Metaverse, and beyond have, surprisingly, accelerated as a majority of crypto natives, and tech-savvy individuals strongly believe the backbone of the cryptocurrencies: blockchain, which is a distributed and decentralized public ledger that exists across a network. Let's take a look at crypto's resilience amid all the uncertainty! 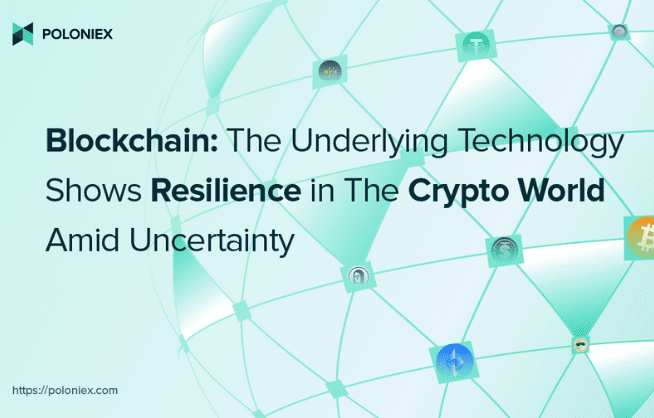 The Power Of Unity

Bitcoin is the first original case study of blockchain, that has proven that the new technology can securely store information without the need of a centralized authority because any add-on data will be verified and replicated by an extensive network of hundreds of thousands of computers, that's why decentralization, immutability, and transparency are the new technology's main features.

In the emerging digital world, teamwork and collaboration are the keys, so the crypto craze continues in the seemingly crypto winter. No matter whether the new or old institutional investors, they are still attracted to get into the crypto market at low

tides and keep their fingers crossed that the prices will bounce back in the crypto spring.

The Resilience of a Legend

As the old saying goes, It's survival of the fittest, and somehow only the most secure and reliable blockchain-based system can stand out in the crowd to weed out bad actors.

Poloniex, one of the world's oldest and most legendary crypto exchanges, is one of them. Ever since partnering with Polygon, the leading platform for Ethereum scaling and infrastructure development, to foster Web3 adoption after collaborating with Fantom Foundation, a decentralized application(dApp)-focused blockchain, in March 2022, to help scale its ecosystem to support smart contracts in the future as Investopedia reported.

With an eight-year history in the crypto market, the exchange has continuously shown remarkable resilience. It still reinvented, recruited new blood, and achieved profitability notwithstanding the unpredictable environment, especially during the years-long lockdowns and restrictions.

As one of the world's top 25 cryptocurrency exchanges, according to CoinMarketCap, Poloniex has witnessed several bullish and bearish market cycles since its establishment in 2014. After H.E. Justin Sun's acquisition in 2019, Poloniex has focused on its diverse global customer base and successfully evolved into a truly international exchange providing secure trading for millions of crypto investors in nearly 100 countries and regions with various languages available, including English, Chinese, Vietnamese, Turkish, and Russian. Making Poloniex one of the top exchanges by market share in the Asia-Pacific (APAC) region and Commonwealth of Independent States (CIS), with the top priority of Poloniex's expansion plan. 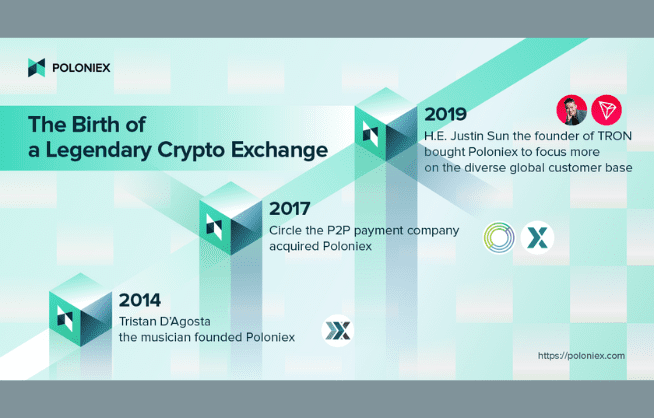 According to Poloniex's analysis of the crypto market trends in 2022, APAC and CIS are regarded as emerging markets. As for the latter, the economic growth leads to higher crypto demand despite a mix of political views towards digital assets. In addition, the mining activities are very active in the region, which creates a higher crypto acceptance level. Whereas some countries in the APAC region, such as Japan and Korea, are more mature and have seen a stable growth of crypto users. Moreover, the crypto ecosystems of these countries have mushroomed to a certain extent regardless of the tightening regulations.

Suppose we further divide the APAC region into different component areas. In that case, we will see massive potential for futures trading in South Asia. People will capitalize on the crypto craze to diversify their financial portfolios in defiance of political pressure. Meanwhile, Southeast Asia is another potential market breeding crypto whales, especially in Thailand, Vietnam, Malaysia, and Indonesia, since they are more adaptive to cryptocurrencies and other crypto derivatives.

To expand the markets above, Poloniex has held several global tours between May and July 2022. The first stop was in Kuala Lumpur, Malaysia, while the second one was in Ho Chi Minh City, Vietnam, two of which have attracted nearly 200 crypto enthusiasts altogether to join to understand the cryptocurrency market

dynamics and ongoing movements of the legendary crypto exchange, not to mention exchanging ideas with like-minded people. 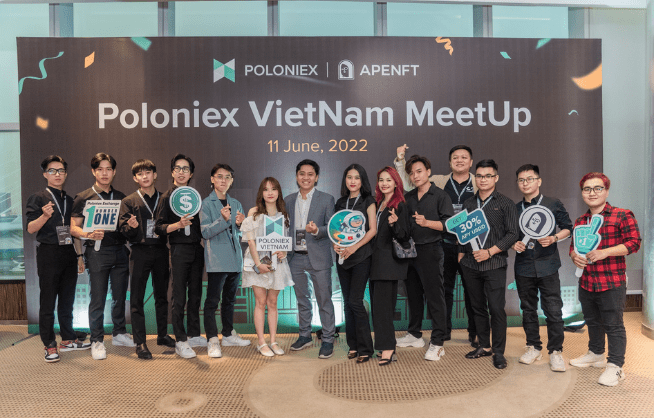 As mentioned earlier, Poloniex, the technology trendsetter, has partnered with Polygon, a startup based in Mumbai, India. The country has nurtured many companies to develop blockchain applications and crypto innovations recently. Therefore, the country's crypto markets are still very bright since the Indian authority is now formulating policy on Web3, as stated in Financial Express. Hence, Poloniex will also focus on the Indian market and expand its global tour to Bangalore to introduce many exciting programs to the local community. 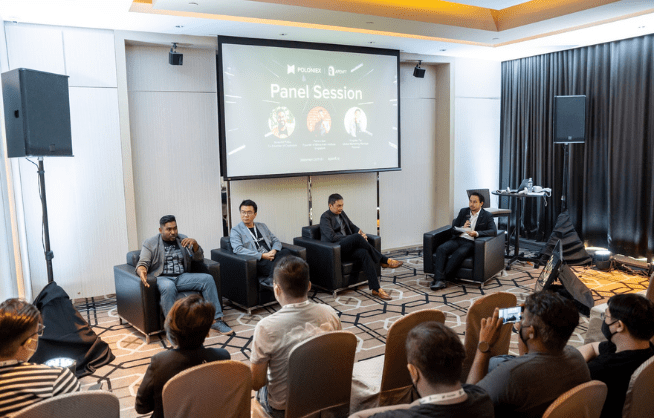 LATAM & MENA, The Next Frontiers For Cryptocurrency

Poloniex's recent global tours focus ranged from the announcement of the collaboration with the AFENFT marketplace, the simplification of Web3 and the Metaverse, the optimization of the new trading system, the introduction of TRON's USDD stablecoin, and the referral program of Poloniex Space Traveller, etc.

With a grand vision of the future, Poloniex's upcoming marketing campaigns are not limited to the above countries. Instead, the crypto exchange is shifting its focus to Latin America (LATAM) and the Middle East and North Africa (MENA) to establish local teams to serve the communities as crypto's resilience keeps shining.

According to the Statista Global Consumer Survey in 2021, which combined 55 different research reports to identify the countries where cryptocurrencies are most popular, consumers from Africa, Asia, and South America are more likely to own or use cryptocurrencies,

As shown in the findings, 42% of respondents in Nigeria – nearly 1 in 3 mentioned having used or owned one type of crypto or another last year, making the African country stay on top of the list. Meanwhile, Kenya is another African country on the list, as shown in the table below. Moreover, Thailand comes second, followed by the Philippines and Vietnam. At the same time, Argentina is the only country in Latin America that breaks the top ten. 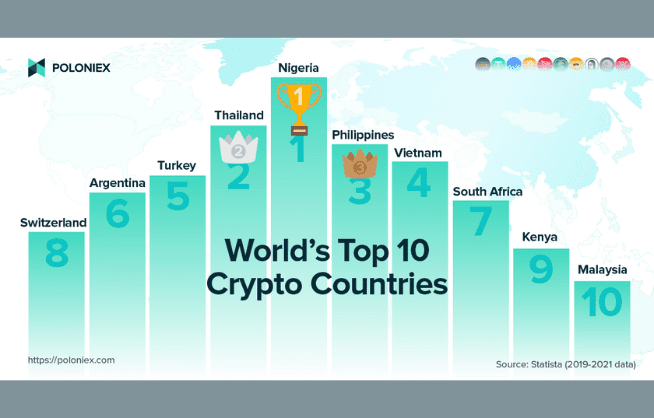