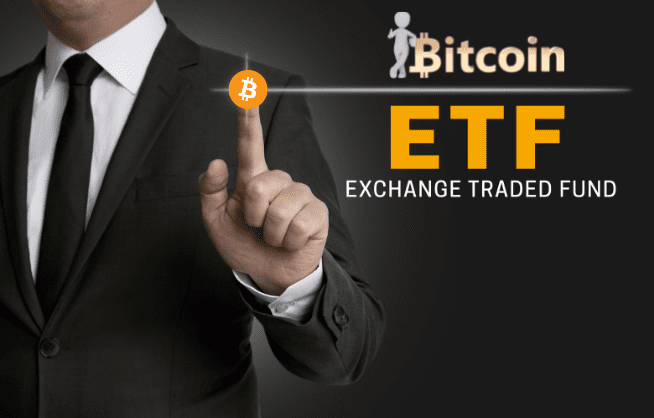 How Does a Bitcoin ETF Work?

An ETF is an investment vehicle that tracks the performance of a particular asset or a group of assets. ETFs enable investors to gain exposure to assets without actually owning the assets themselves. For investors looking to focus only on the gains and losses of their investments, ETFs provide them with a simpler alternative to buying and selling individual assets. Furthermore, ETFs allow investors to diversify their holdings due to the fact that ETFs target larger baskets of names with something in common.

Why Not Just Invest In Bitcoin?

If a bitcoin and cryptocurrency ETF merely mirrors the price of a cryptocurrency, then why should an investor bother with the middleman? Why doesn’t the investor just invest in the cryptocurrency themselves? Well, there are several reasons for this.

Another crucial benefit of using a cryptocurrency ETF rather than investing in cryptocurrency itself is that investors are able to short-sell shares of the ETF if they believe that the price of the cryptocurrency will go down in the future. This is something that cannot be done in the traditional cryptocurrency market.

Perhaps most importantly, is that ETFs are much better understood across the investment world than cryptocurrencies, despite digital coins and tokens becoming increasingly popular. An investor looking to get involved in the digital currency space could focus on trading a vehicle that they are already familiar with instead of having to learn the ins and outs of something seemingly complicated.

The Road to Bitcoin ETF Approval

As mentioned earlier, there have been several obstacles that firms looking to launch cryptocurrency ETFs had to overcome. The majority of these obstacles relate to regulatory issues.

The reason for the denial was that bitcoin is traded on largely unregulated exchanges, leaving it susceptible to fraud and manipulation. The Winkelvoss brothers did not halt their efforts, and on June 19, 2018, the U.S. Patent and Trademark Office awarded the brothers a patent for a firm called Winklevoss IP LLC for exchange-traded products.

The Winkelvoss twins are not the only cryptocurrency enthusiasts that are looking to be the first to successfully launch a bitcoin ETF. Cboe Global Markets, the exchange that was responsible for bringing about bitcoin futures, hoped that the SEC would permit cryptocurrency-related ETFs too. Cboe also acquired Bats Global Markets, the exchange on which the Winkelvoss ETF would have been offered.

SolidX and VanEck, a fintech company with projects that relate to bitcoin and other cryptocurrencies, announced their plans for the VanEck SolidX Bitcoin Trust ETF earlier in 2018. The ETF would target institutional investors, according to ETF Trends, as it would open with a share price of $200,000. XBTC is designed to track an index related to a group of bitcoin trading desks. The idea is that, by spreading out the focus of the ETF somewhat, XBTC may be able to alleviate the SEC's concerns about funds that are linked to bitcoin itself.

Some of the Bitcoin ETFs in the Market

Launched in October, ProShares Bitcoin Strategy ETF (BITO) became the first U.S. ETF to provide investors with exposure to Bitcoin futures. One important thing to note is that BITO does not invest in Bitcoin directly, which provides a close one-to-one exposure as you could want. Instead, the ETF invests in cash-settled, front-month Bitcoin futures, which are contracts with the shortest time to maturity.

The futures contracts that BITO invests in are regulated by the Commodity Futures Trading Commission. These contracts are only traded on the Chicago Mercantile Exchange and are subject to the rules of the CME.

BTF is very similar to BITO in that it does not invest directly in Bitcoin, but in front-month Chicago Mercantile Exchange Bitcoin futures through a Cayman Islands subsidiary. Therefore, investors do not have to file K-1 forms with the IRS. The Commodity Futures Trading Commission regulates the trades.

The Tennessee-based company, Valkyrie,  already offers trusts for various cryptocurrencies, including Bitcoin, Polkadot, Algorand, and several others. However, BTF is the company’s first cryptocurrency ETF. However, BTF has not gained the same market traction as BITO and has accumulated less than $60 million in assets under management, according to Morningstar data.

The VanEck Bitcoin Strategy ETF (XBTF) launched its first U.S.-listed Bitcoin-linked ETF on Nov.15, and it entered the field as the low-cost leader among Bitcoin futures ETFs at 0.65% in expenses.

The Head of Active Trading for VanEck, Greg Krenzer, who is the ETF’s portfolio manager, boasts more than two decades of trading experience, including experience in futures. This is beneficial because XBTF - similar to other Bitcoin-linked ETFs that have launched over the past couple of months - invests in Bitcoin futures listed on the CME.

Following the trend of all other Bitcoin ETFs that launched in recent months, BITS is intended to be a bet on Bitcoin futures. However, BITS also invests in blockchain-related equities found in BKCH. Equities that are considered for selection include companies involved in digital asset mining, blockchain, and digital asset transactions and companies with blockchain applications and software services.

The Grayscale Bitcoin Trust (GBTC) is one of the few ETF-esque funds that are nonetheless not ETFs, nor mutual funds, for that matter. Instead, it is what’s described as a closed-end grantor trust. What this means is that it issues a fixed number of shares when it goes public, and then those shares are traded over the counter (OTC).

GBTC shares are intended to follow the price of Bitcoin based on the CoinDesk Bitcoin Price Index. At the moment, each share of the Grayscale Bitcoin Trust represents 0.00093535 bitcoins, but that price is not fixed. That’s because, unlike an ETF, closed-end trusts such as GBTC can trade at a discount or premium to their underlying assets.

ETFs and cryptocurrency are two of the most popular topics in the investment world at the moment, and it was only a matter of time before they merged to allow investors to invest in products that give them the best of both worlds. With bitcoin ETFs, investors now have the opportunity to invest in cryptocurrencies, such as Bitcoin, without having to deal with the complexities of buying and selling cryptocurrency themselves or securing and exchanging with cryptocurrency on various exchange platforms. Although Bitcoin ETF’s only launched recently, firms have been trying to launch them since 2017, with the first ETF attempt made by the Winkelvoss twins. The reason that it took so long for bitcoin ETFs to receive approval is that cryptocurrency is trading on unregulated exchanges, which opens up the possibility for digital assets to be used for fraud and money laundering. However, firms looking to launch bitcoin ETFs have finally received the approval to do so, with approximately 20 ETFs entering the market in the last year. 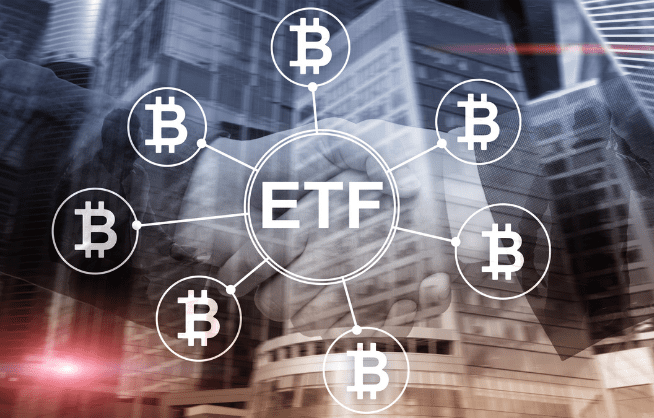