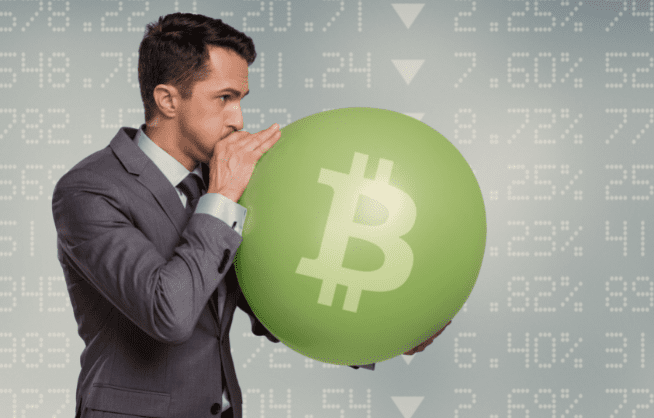 What Exactly is an Inflation Hedge?

An inflation hedge is an investment that is considered to protect against the decrease in a single unit of a currency’s purchasing power. This decrease in buying power is caused by the increase of prices either macro-economically or due to inflation. Normally, it involves investing in assets that are expected to maintain or increase their value over a specified period of time. Alternatively, an inflation hedge can also be when a person takes a larger position in assets which may still decrease in value less rapidly than the value of a currency.

Inflation hedging can help protect the value of an investment. Certain investments may seem to offer relatively decent returns. However, when inflation is factored in, these same investments can be sold at a loss. For example, if you invest in a stock or asset that gives a 4% return but inflation is 7%, you are actually losing that 3%. Assets which are considered inflation hedges can also be self-fulfilling as people rush to acquire them. This rush to acquire certain assets keeps their values high even though the intrinsic value may be much lower.

Gold is one of the most widely-used inflationary hedges because its price in U.S. dollars is variable. For example, if the dollar were to lose value from the effects of inflation, gold tends to increase in price (becomes more expensive). Therefore, someone who owns gold is protected, or hedged, against a falling dollar because the cost of an ounce of gold will rise as inflation rises - chipping away at the value of the dollar. As a result, the investor is compensated for this inflation with more dollars for each ounce of gold.

A Real-World Example of Inflation Hedging

Sometimes, companies engage in inflation hedging to maintain low operating costs. One of the most famous examples of this is when Delta Air Lines purchased an oil refinery from ConocoPhillips in 2012 so that they could offset the risk of higher jet fuel prices. Delta felt that they could produce jet fuel themselves as a lowered cost when compared to purchasing it on the market. By purchasing the oil refinery and producing jet fuel themselves, Delta is able to directly hedge against the inflation of jet fuel prices. At the time, Delta estimated that it would reduce its annual fuel expense by $300 million.

The Limitations of Inflation Hedging

Inflation hedging does have its limits and can be volatile at times. For example, coming back to our Delta example, Delta has not made money from its refinery in the years since it was purchased. This limits the effectiveness of Delta’s inflation hedge.

When it comes to investing in commodities as an inflation hedge, the arguments for and against doing so are usually centered around several variables such as global population growth, technological innovation, production spikes and outages, emerging market political turmoil, Chinese economic growth, as well as global infrastructure spending. These factors are continuously changing and play a role in the effectiveness of inflation hedging.

Why Bitcoin Can Be Considered as an Inflation Hedge

The reason why some people believe bitcoin can also be an inflationary hedge is simply because of the fact that Bitcoin’s supply is capped at 21 million coins, while the number of U.S. dollars typically increases over time. With everything else being equal, should the supply of the U.S. dollar increase, the dollar value of bitcoin should theoretically increase too. Assuming the market cap of Bitcoin and the U.S. dollar are the same, then a simple example would be that the value of a single bitcoin should double as the supply of dollars doubles. Once again, this is speaking theoretically. However, the market doesn’t always work in this simple way as other factors can come into play.

Bitcoin’s Performance as a Hedge So Far

Going back to the days before the pandemic, Bitcoin does not look like a hedge at all. In late 2017, Bitcoin rose in popularity but then crashed in 2018 and early 2019. This movement in bitcoin’s price had nothing to do with inflation. During this time, the M2 money supply rose 25.3% and gold rose 51.9%. This means that gold would have been a better direct hedge against inflation.

Looking at bitcoin’s more recent performance, bitcoin has not acted as a hedge as actual inflation comes into play. Inflation and inflation expectations have been rising all year while bitcoin has actually decreased in price.

The Future of Bitcoin as a Hedge Against Inflation

However, the time period between now and when the last bitcoin is mined could also be very interesting. This is because bitcoin and other cryptocurrency coins are being used more and more as a store of value. This reputation as a store of value will lead to more stable prices for certain cryptocurrencies in the market - removing the main argument against bitcoin being used as a hedge against inflation. Furthermore, as bitcoin’s price stabilizes, more people will consider it as a hedge against inflation, which will cause bitcoin to become more valuable over time. As this continues, it could lead to bitcoin outperforming other assets when it comes to the best inflation hedge. Of course, this is just speculation, and only time will really tell whether or not bitcoin will and can be used as a hedge against inflation. However, just because bitcoin isn’t currently a suitable hedge against inflation, it doesn’t mean that it won’t become a hedge in the future, or that another cryptocurrency won’t become the new cryptocurrency inflation hedge. Cryptocurrencies offer investors something that other assets don’t, and that is decentralization. Sure, you can carry gold coins in your jacket as you travel from one location to another, and cash in the value represented by the gold that you traveled with. However, this won’t work if you want to travel with large amounts of value. Cryptocurrency addresses this since no matter how much value is stored in cryptocurrency, its ease of transferability does not change. Another thing is that cryptocurrency currently has a more accessible market than gold, as a person can access an exchange platform relatively easily.

One thing must be noted, we are currently in a transition phase. As the blockchain and cryptocurrency space grows, a parallel economy with its own set of challenges will begin to form. People will have two realities: the physical one they live in and the virtual one that they will create. This means that at least one cryptocurrency will serve as a hedge against inflation in the real world in the near future, as it will play the same role in the virtual world, also known as the Metaverse. As such, this transition stage will see more stable cryptocurrency prices, as cryptocurrencies will no longer just be storage of value that can be traded with at any time. Instead, a clear line between digital currencies and digital commodities will begin to show. We will transact with digital currencies in the virtual world and possibly the real one too, but we will store value in digital commodities as well as real-world commodities as the list of options expands. This will likely also lead to cryptocurrencies, or rather digital commodities, becoming a viable hedge against inflation.

Inflation is the increase in prices and the decrease in the purchasing power of a currency. The majority of investors look for investments that will, at the very least, combat inflation and act as a hedge against it. There is a lot of debate around whether or not bitcoin, or another cryptocurrency, can act as an inflationary hedge. Although the past performance of bitcoin and other cryptocurrencies is not ideal when trying to argue that they are suitable hedges against inflation. However, it can be said that past performance may not be indicative of future performance as we are currently in a transition stage. In this transition stage, people are slowly starting to explore cryptocurrency and all that the technology has to offer. This, combined with innovations in the blockchain space such as the Metaverse and NFTs, leads one to think that there is no telling what the future holds for cryptocurrency and blockchain technology. A cryptocurrency hedge against inflation may present itself, but it might not be bitcoin. Instead, it could be a digital commodity such as the gold or real-estate equivalent in the virtual world.